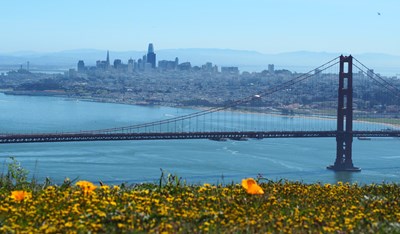 
Latest Activity
624 people want to do this. 246 people have done this.

Note added by Michelle . 9 years ago
Was sent to SF by Pace University to do an admitted student reception in Palo Alto in April, 2011. Drove over Golden Gate Bridge, rode on trolley car, went to fisherman's wharf and Ghirardelli Square.