Featured Lists
This goal was mentioned in the Feature List:
Handpicked Ideas #1

Visit a country I haven't been to before - added by sarah88

Get a master's degree - added by radcat

Go vegetarian for a month - added by itchyfeet

Ride in a hot air balloon - added by itchyfeet

Get a tattoo - added by corrina84

Latest Activity
539 people want to do this. 81 people have done this.

Note added by Ingo Willems. 4 years ago
It's still a work in progress:

It is called "The Green Dragon"

My girlfriend also made one called "The Limited Edition".
It contains:

Photo added by Laura. 4 years ago 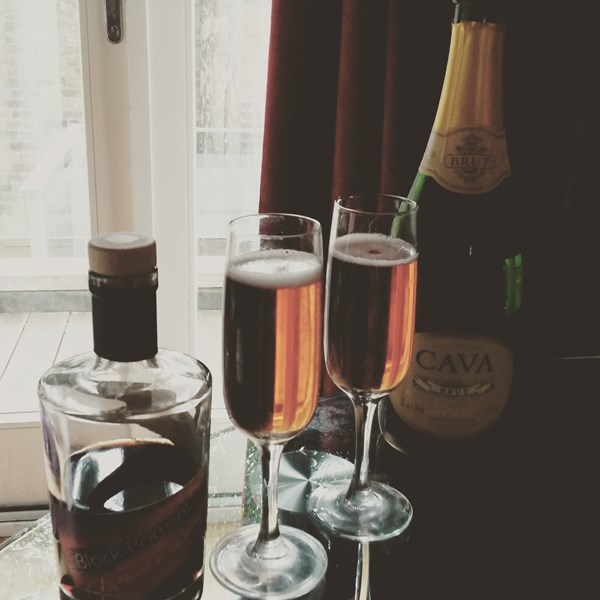 Note added by Isabel Luz. 5 years ago
A cocktail. White chocolate melted in a pan. Them you grab a glass and put vodka in it, afterwards the melted chocolate, hot, and wildberrys raspberrys. He named me something, the guy who created this cocktail for me, He named the cocktail with my name, because it'd be me in a shape of a drink. I cant remember the name tho.

Note added by Erin Behan. 6 years ago
I call it a captain sandwich. I pour a drink with captain at the bottom some mixer (coke) then another pour of captain at the top! 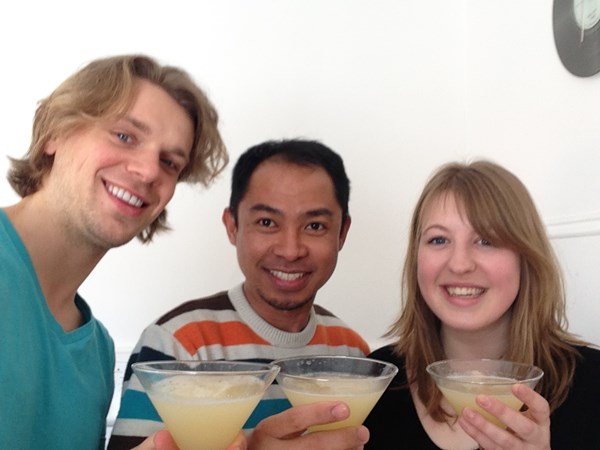 Today I invented a cocktail. It is called pre-community retreat. Tomorrow the community I live and work in starts a retreat, that calls for a special cocktail on the Sunday afternoon prior to this. Ingredients are spiced rum, Bombay gin, triple sec and some mango, peach juice. MMMM, must be served on Sunday afternoon and enjoyed with friends.

Note added by Katy H. 6 years ago
The Full Moon cocktail is based on Full Moon punch, but I altered the recipe a bit.
It included homemade spiced rum called Falernum and lots more rum. Delish!
I also made some homemade lemoncello that was very tasty! I'm going to try lemons and oranges next!

Note added by Maribeth Weidner. 7 years ago
The Southern Belle. Basically an Alabama Slammer with grenadine instead of slogin. 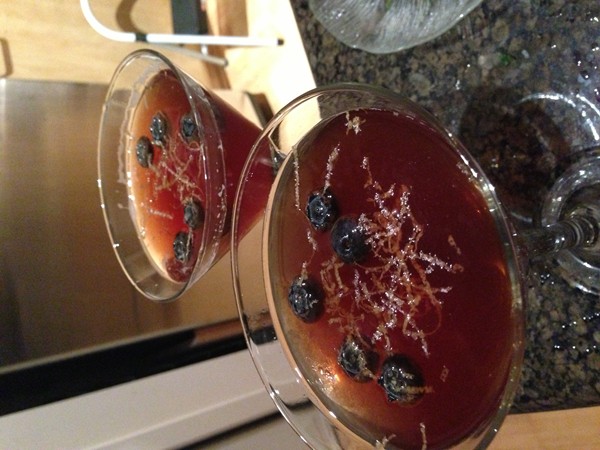 Note added by tim mclaurin. 7 years ago
made a cocktail with muddled cucumber, basil, lemons, strawberry vodka, lemoncello topped off with pureed strawberries.

Note added by Hannah Harris. 8 years ago
Due this Friday!

Note added by Kellie. 9 years ago
Fancy vodka and cherry with some other bits - cherry 7up