Write a living will - added by corrina84

Join the gym - added by corrina84

Learn to sew a button - added by peridot

Latest Activity
202 people want to do this. 99 people have done this.

Note added by Kira. 1 years ago
Lynne made a Spaghetti squash with okra dish, had plain yogurt, parmesan cheese and a bunch of other seasonings ect

I'd never even heard of okra before!

Note added by Laura Hucke. 2 years ago
Also tried cacao nibs, and I think I hated them even more than I hated the persimmon. haha

Note added by A Torres. 2 years ago
Spicy Muscles (Japanese style) and Gyoza (a pork dumpling with a thin crust that tastes like Shumai) both from Sayori with Jasmine and Stephen

Note added by Laura Hucke. 2 years ago
Tried a persimmon and was NOT a fan. Not sure if it was the proper ripeness, though. Also, I retried eggplant and loved it! You win some, you lose some.

Note added by Goal Hunter. 2 years ago
Tried several new foods while on vacation in California. Tried raw oysters, which were good. I could see myself eating a ton of them in one sitting. Also tried a century egg in a bowl of joot, both new experiences for me. The century egg was good, I had been wanting to try one for a long time. I also ate a Mango Ice Cream bar while I was there, which i quite liked. I ate some figs in a form that I had not tried before, too. They were very good. I could probably say I have now eaten a homegrown fig (which is another one of my goals), but when I wrote that goal I intended for the homegrown fig to be one that I had grown, so I think I will leave that goal incomplete for now...

Note added by Genevieve K. 2 years ago
1. 11/10/17 - raw oyster and clam from the shell - very very fishy but I think I could get addicted if I tried them a few more times (did not think to take a picture)

Note added by Stefanie Stokes. 3 years ago
Lentils and risotto

Photo added by Kat. 5 years ago 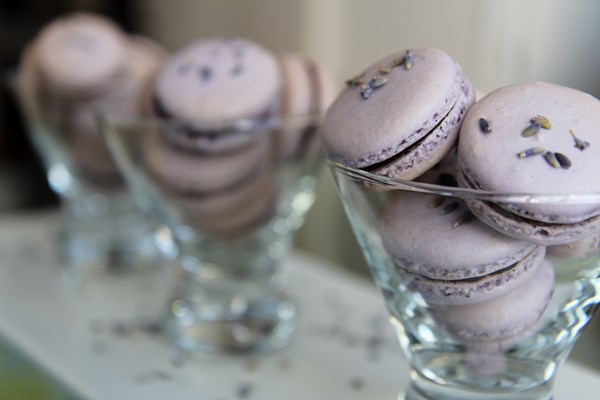 Note added by Molly St. Cyr. 7 years ago
I had Chicken & Wafles and it was delicious!

Note added by Amanda Noel. 7 years ago
farro. yum. now i need to learn to cook it myself!

Note added by Dawn. 8 years ago
Stegt flæsk with potatoes and parsely sauce.

Note added by Sheridyn. 8 years ago
Cajan Chicken Wrap from Space Aliens... and I liked it!

Note added by Erin Behan. 8 years ago
I tried Salmon I dont like it lol

Note added by McKenzie Ziegler. 9 years ago
Brussels sprouts! They're good! And Indian Food! And mango and bing cherries! Plus plantains, kale, and pilaf! Gelato is nasty! Steel cut oats are yummy! So are pluots! And biscotti! Parsnips, eggplant, and veggie meat are awesome! Salmon is okay. Beets are okay.

Note added by Ally Johnson. 9 years ago
Calimari at Purple with Val

Note added by Amalia Ferginca. 9 years ago
Tasted kuskus when l was in Italy.