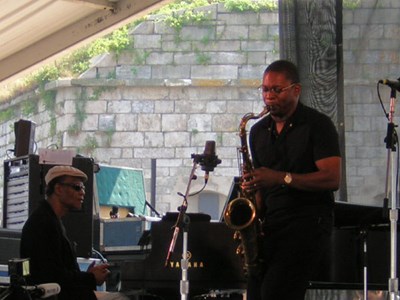 Newport Jazz Festival
The Newport Jazz Festival is a music festival held every summer in Newport, Rhode Island, USA. It was established in 1954 by socialite Elaine Lorillard, who, together with husband Louis Lorillard, financed the festival for many years. The couple hired jazz impresario George Wein to organize the event to help them bring jazz to the resort town. Most of the early festivals were broadcast on Voice Of America radio and many performances were recorded and have been issued by various record labels.
Source: wikipedia.org
Tags
Culture and HistoryFestivals and EventsMusic
Related goals for Rhode Island:

See a show at the Providence Performing Arts Center

Visit Providence in the Fall

Walk the Cliffwalk in Newport


Latest Activity
2 people want to do this. One person has done this.