Tags
Books
Featured Lists
This goal was mentioned in the Feature Lists:
The 40 Most Difficult Goals to Complete on Day Zero Project
The Big List of Things To Do While Stuck at Home [Quarantine Edition]

Wear pyjamas for an entire day - added by purplenurple

Learn a poem by heart - added by purplenurple

Fall in love - added by purplenurple

For a variation: Read all the books I own, but haven't read.
Latest Activity
3533 people want to do this. 147 people have done this.

Note added by LadyBug. 4 months ago
25

Note added by Ludwig. 7 months ago
Either read the book or put it in a public book shelf 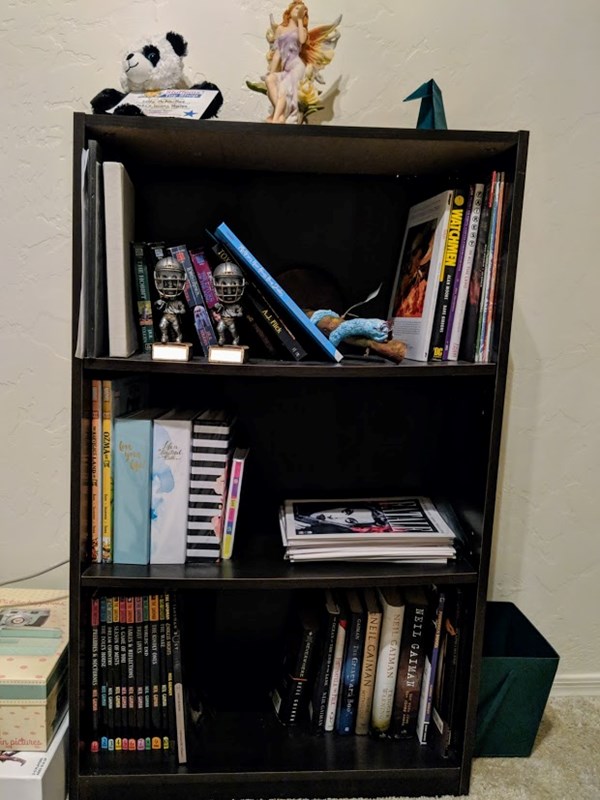 We mostly use the library, so I didn't have much to go through to finish our bookcase. Mostly just had to read my wife's Gaiman collection and a few graphic novels/comics.

Note added by Astralia Endevoir. 11 months ago
8 books to go!

Note added by Lisa. 1 years ago
Ash Princess
Give the Dark My Love
Shadow Scale

Note added by Chelsea. 1 years ago
Starting making an effort to actually read.... this one will take a while! I am a VERY slow reader these days!

Note added by LadyBug. 3 years ago
Starting with Old man and the Sea

Note added by Malin. 3 years ago
I currently have 329 unread books on my shelves that I want to read. Guess I wont be buying any new ones for a while...

Note added by Rebecca. 3 years ago
Unread books currently on my shelf:

Note added by Shiccy. 3 years ago
[[transferred goal]]
Whats currently left on my shelf to read:

Note added by Sarah Gregory. 4 years ago
I'm going to read my physical books on my shelf rather than books on any electronic device.

Note added by Heather. 4 years ago
So I got rid of a lot of books on my shelf that were children's books. never did read them and doubt the kid that got them will read them all, better to let go. 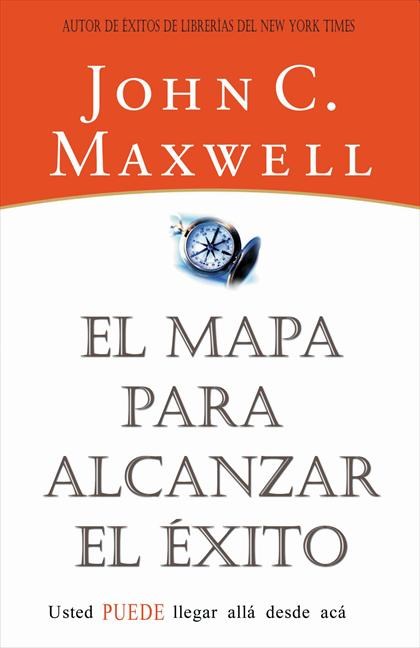 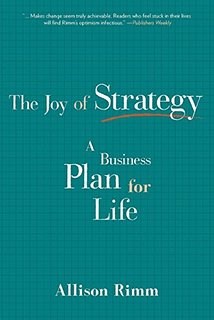 Still need to read/finish:
- The Girl Who Kicked the Hornet's Nest by Stieg Larsson
- The Girl in the Spider's Web by David Lagercrantz
- Insomnia by Stephen King
- Minu Hispaania by Anna-Maria Penu
- Minu Moskva by Manona Paris
- Wondrous Strange by Leslie Livingston
- One Day by David Nicholls
- The Monk Who Sold His Ferrari by Robin S. Sharma
- The Realm of Possibility by David Levithan
- To Kill a Mockingbird by Harper Lee

Note added by Miss Dawes. 4 years ago
Tuesday - I went another chapter of Charles Gant book. It's really good, and I'm enjoying it.

Note added by Miss Dawes. 4 years ago
Sunday - I read two chapters of my Charles Gant book. It's great - and is going to be really useful.

Note added by Miss Dawes. 4 years ago
Friday - I finished the chapter on dopamine and noradrenalin, in Mood Cure. It's really interesting!

Note added by Miss Dawes. 4 years ago
Tuesday - I read a few pages of Mood Cure, whilst waiting to be served at Social Security.

Note added by Miss Dawes. 4 years ago
Monday - I read a few pages of Mood Cure, whilst I was waiting to be served at Social Security.

Note added by Miss Dawes. 4 years ago
Thursday - I read a chapter of Addicted Brain. It's not really very good. I skip over a lot (mainly the memoirs stuff). I mainly read the parts about how the drugs after him, and the neurophysiology parts. That's the bit that interests me.

Note added by Miss Dawes. 4 years ago
Sunday 25-Oct- I read a chapter of the Addicted Brain today. I'd like to have read more, but I didn't find the time. The next book I'll read is the Charles Gant one.

Note added by Miss Dawes. 4 years ago
Monday - I read The Addictive Personality for a couple of hours, and summarised the notes from the first chapter. I'd like to finish reading the second chapter by Wednesday.

Note added by Miss Dawes. 4 years ago
I am currently reading:
1. The Addictive Personality: Understanding the Addictive Process and Compulsive Behavior, by Craig Nakken
2. The Mood Cure, by Julia Ross
3. End Your Addiction Now: The Proven Nutritional Supplement Program That Can Set You Free, by Charles Gant
4. Memoirs of an Addicted Brain: A Neuroscientist Examines his Former Life on Drugs, by Marc Lewis PhD

Note added by Jennifer Zink. 5 years ago
1. A Song of Sixpence by A.J. Cronin
2. King Leopold's Ghost by Adam Hochschild
3. The Complete Essiac Essentials by Sheila Snow and Mali Klein
4. Girl With a Pearl Earring by Tracy Chevalier
5. The Works of Jane Austen by Jane Austen (obviously, right?)
6. The Chronicles of Narnia by C.S. Lewis
7. The Cocaine Wars by Paul Eddy
8. Boy in the Water by Stephen Dobyns
9. The Testament by John Grisham
10. Ford County by John Grisham
11. Migraine by Oliver Sacks
12. Journey of Souls: Case Studies of Life Between Lives by Michael Newton
13. Many Lives, Many Masters by Brian Weiss
14. Wuthering Heights by Emily Brontë
15. The Book of Nice by Josh Chetwynd
16. God's Little Devotional Book by Honor Books
17. Stepping Heavenward by Elizabeth Prentiss
18. Major Tales and Poems by Edgar Allen Poe
19. Jane Eyre by Charlotte Brontë
20. The Ground Beneath Her Feet by Salman Rushdie
21. The Devil in the White City by Erik Larson
22. The 7 Habits of Highly Effective People by Stephen Covey
23. Blindsided by Fern Michaels
24. Life Is a Verb by Patti Digh
25. Forged in the Desert Heat by Maisey Yates
26. The Cattle Killing by John Edgar Wideman
27. Quadrivium: The Four Classical Liberal Arts of Number, Geometry, Music, & Cosmology by John Martineau
28. God's Other Son by Don Imus
29. Finally a Mother by Dana Corbit
30. Great Irish Humor by Peter Haining
31. In Their Own Voices: A Century of Recorded Poetry by Rhino Records
32. She Loves Me Not: New and Selected Stories by Ron Hansen
33. The Inferno by Dante Alighieri
34. On Christmas Eve by Thomas Kinkade
35. The Wonderful Wizard of Oz by L. Frank Baum
36. Dame Agatha Abroad by Agatha Christie
37. Zombies Vs. Unicorns by Holly Black
38. Dark Origins (Level 26 #1) by Anthony Zuiker
39. The Old Farmer's Almanac 2015 by Old Farmer's Almanac (surprise!!!)
40. World War Z: An Oral History of the Zombie War by Max Brooks
41. Long Lost by Harlan Coben
42. A Christmas Promise by Thomas Kinkade
43. The Zombie Survival Guide by Max Brooks
44. An Unexpected Grace by Kristin von Kreisler
45. Chicken Soup for the Soul: I Can't Believe My Cat Did That! by Jack Canfield
46. Hope for the Children of War: Viet Nam 1971-1975 by Bach-Thuy Le-Thi
47. The Blueberry Years: A Memoir of Farm and Family by Jim Minick **Completed 1/8**
48. Assassin's Creed: Brotherhood by Oliver Bowden
49. Quiet: The Power of Introverts in a World That Can't Stop Talking by Susan Cain
50. Basic Teachings of the Great Philosophers by S.E. Frost Jr.
51. The Omnivore's Dilemma: A Natural History of Four Meals by Michael Pollan
52. Fiction Writer's Workshop by Josip Novakovich
53. 20 Master Plots by Ronald Tobias
54. Damn! Why Didn't I Write That? by Marc McCutcheon
55. Nature's Cures by Michael Castleman
56. The Gifts of Imperfection by Brené Brown
57. The Woman's Book of Healing Herbs by Sarí Harrar and Sara Altshul O’Donnell
58. Twelve Years of Christmas by Rod McKuen
59. Foods That Harm, Foods That Heal by Reader's Digest Association
60. The Pig of Happiness by Edward Monkton **Completed 1/14**
61. Masterpieces of Religious Verse by James Dalton Morrison
62. The Purpose Driven Life by Rick Warren
63. The Holy Bible (KJV)
64. Help! I'm Being Intimidated by the Proverbs Thirty-One Woman! by Nancy Kennedy
65. Spiritual Lemons: Biblical Women, Irreverent Laughter, and Righteous Rage by Lyn Brakeman
66. Horse & Rabbit Stew: It's Probably Because I Was a Breech Birth by J. Gregory Street
67. True Remarkable Occurrences by John Train
68. The Country Diary of an Edwardian Lady by Edith Holden
69. Mom & Me: A Celebration of Mothers and Daughters by Ellyn Sanna
70. A Room of One's Own by Virginia Woolf **Completed 1/22**
71. Luther: Gospel, Law, and Reformation by The Great Courses
72. If I Can't Have You: Susan Powell, Her Mysterious Disappearance, and the Murder of Her Children by Gregg Olsen and Rebecca Morris
73. Passive Aggressive Notes: Painfully Polite and Hilariously Hostile Writings by Kerry Miller
74. The Complete Idiot's Guide to Fun FAQs by Sandy Wood and Kara Kovalchik
75. Christmas Lyrics of 1937 by Beacon Publications
76. When We Were Very Young by A.A. Milne
77. You're the Cats Meow by Debbie Cook
78. Satan, You Can't Have My Children by Iris Delgado
79. Animal Farm by George Orwell
80. I Do, I Do: Traditions, Poetry and Ideas on Courtship and Marriage by Esther Budoff Beilenson
81. Jane Austen's Little Instruction Book by Peter Pauper Press
82. A Little Spoonful of Chicken Soup for the Tea Lover's Soul by Canfield and Hansen
83. How to Raise Your Adult Children by Gail Parent and Susan Ende
84. Poems That Live Forever by Hazel Felleman
85. F for Effort! More of the Very Best Totally Wrong Test Answers by Richard Benson
86.
87.
88.
89.
90.
91.
92.

Note added by Carley Knight. 5 years ago
now I need to write down all the titles on my shelf and put a checkbox next to them