Tags
Food and DrinkHealth and Fitness
Featured Lists
This goal was mentioned in the Feature List:
Top 40 Things You DON'T Want To Do

Learn to whistle with my fingers - added by jassybab

Complete a 'Walk To Mordor' challenge - added by arflurer87

Have a baby - added by veekou

Go to the zoo - added by veekou

Don't complain about anything for a week - added by veekou

Latest Activity
1260 people want to do this. 302 people have done this. 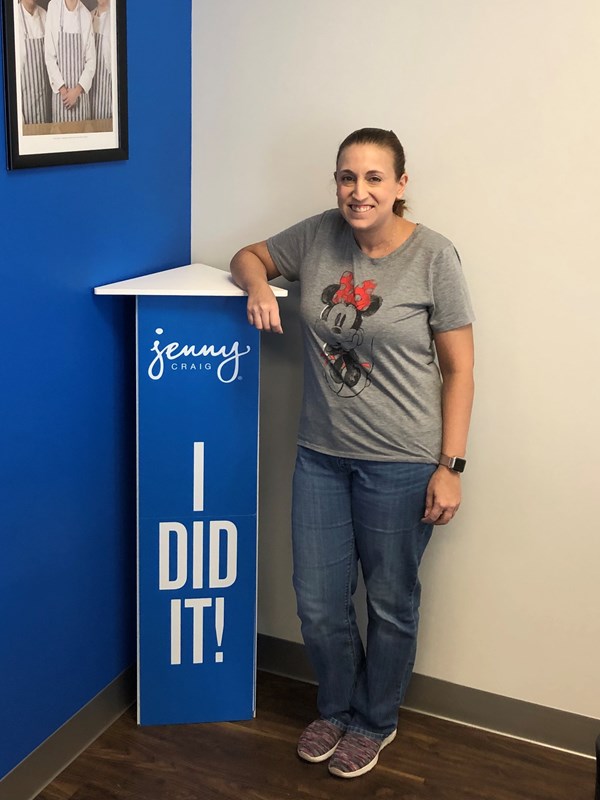 Note added by Anne . 2 years ago

Note added by Tsai Tse Yin. 5 years ago
Starting 10 May 2014
Not even coffee! Not even subway! 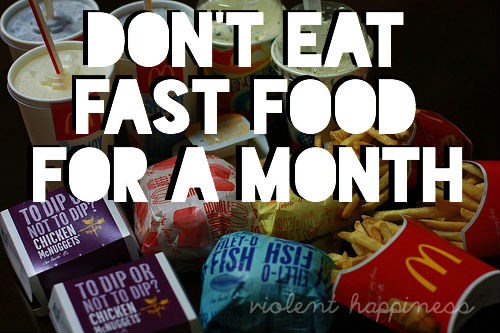 Note added by Bee. 6 years ago
January! January will be the month.

Note added by Christopher Eric Baier. 6 years ago
So I should have specified this accounts for all forms of eating out. I had Panera today, totally cheating. Unless I'm in a Vegan restaurant then I feel as if there are loopholes. Looks like I start again tomorrow!

Note added by Richard Tuthill. 6 years ago
8/15/2013-Ok today is my first day. No fast food. That includes Taco shops. I got this

Note added by Richard Tuthill. 6 years ago
8/13/2013-First day- Pretty easy. I shouldn't have too much trouble with this until someone tells me Taco Shops are fast food. I think they are. Damn I went at 1:30 in the morning. I guess I will start tomorrow

The goal here is a purge and assess: without eating fast food, how do I feel? In fact, do I feel any differently? It isn't as though we are frequent eaters of fast food. I'll really be cutting out Chipotle and Subway for lunch options as well as the occasional trip to Chick-fil-a or Five Guys for a burger bun full of veggies. NBD (no big deal).

Note added by Sidney Naslund. 6 years ago
Starting May 1, 2013. Hopefully I can get this the first time around!

Note added by Rozemarijn Stegeman. 6 years ago
Done! It wasn't as easy as I had thought haha, I had to turn down a lot of fast food. But it feels healthy, will definitely keep up with eating less unhealthy foods (:

Note added by Rozemarijn Stegeman. 7 years ago
Still going strong! I already refused a meal in the McDonalds and didn't eat any of the fries that came with meals in other restaurants. Jeej (:

Note added by Rozemarijn Stegeman. 7 years ago
18th of march - 18th of april

No french fries, hotdogs, kebab, dürüm döner, pizza or anything from a fast food restaurant (except for the drinks, salads and ice cream). I'm going to do it!

Note added by Victoria Wilson. 7 years ago
15th July 2012: Half of the month completed!

Note added by SB. 8 years ago
Started on Nov. 9th

Note added by Irene Reynolds. 8 years ago
I think I have saved money. Certainly I have used more ingredients stored at home to prepare meals with less waste.