Tags
Books
Featured Lists
This goal was mentioned in the Feature List:
The Big List of Daily, Monthly and Yearly Challenges

Keep a food diary for a month - added by mvmanasa

Start a blog - added by mvmanasa

Don't speak for a whole day - added by mvmanasa

Eat gluten free for a week - added by mvmanasa

Run a half marathon - added by ag24

Identify 100 things that make me happy - added by ag24

For some theme ideas, check out our feature list of the Book Riot Read Harder Challenge.
Latest Activity
218 people want to do this. 13 people have done this. 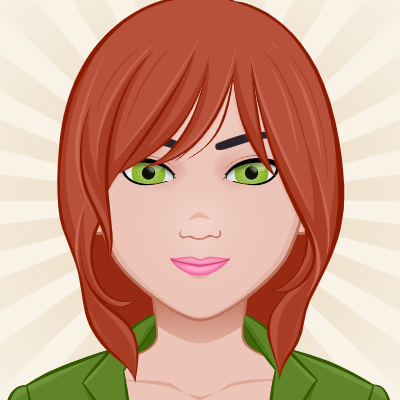 Nothing I did not know. But a good book for people who want basic and easy to understand tips about health

Note added by BearPearSun. 1 years ago
All Around the Town, Mary Higgins Clark

Note added by Chrystal Michel-Rios. 1 years ago
#1 Week Read Narwhal Unicorn of the Sea...easy read but was required so that I can help my daughter earn a patch for reading and related activities with this book. 4/8/2019

Note added by Karien Heunis. 2 years ago
Week 1 - Book 1: A Feast for Crows by George R.R. Martin [5th Book of The Game of Thrones Series]

Note added by Anonymous. 2 years ago
1. The Nest

Note added by Deni Quintela. 3 years ago
1. The passenger, by FR Tallis
2. Kill me again, by Rachel Abbott
3. Try not to breath, by Holy Sedon
4. The woman in black, by Susan Hill
5. Lie with me, by Sabine Durrant
6. The hen who dreamed she could fly, by Sun-Mi Hwang

Note added by Brittany Scheidel. 3 years ago
1/20/17 - One Golden Holiday by Lenora worth

Note added by Alice. 6 years ago
Bonus Goal: Read 100 books before I leave the country

The Handmaid's Tale by Margaret Atwood
A Child Called It by Dave Pelzer
The Last Girls by Lee Smith
Freakonomics by Steven Levitt and Stephen Dubner
The Power of Habit by Charles Duhigg
The Stranger by Albert Camus
Ariel by Sylvia Plath
Teaching a Stone to Talk by Annie Dillard
Jazz by Toni Morrison
State of Fear by Michael Crichton
Brave New World by Aldous Huxley
Exile and the Kingdom by Albert Camus
David and Goliath by Malcolm Gladwell
Mr. Palomar by Italo Calvino
The Waves by Virginia Woolf
Brodie's Report by Jorge Luis Borges
The Path to the Nest of Spiders by Italo Calvino
Breakfast of Champions by Kurt Vonnegut
The Book of Sand by Jorge Luis Borges
No Exit and three other plays by Jean-Paul Sartre
Blink by Malcolm Gladwell
The Fairy Tales of Oscar Wilde by Oscar Wilde
The Castle of Crossed Destinies by Italo Calvino
Rape: A Love Story by Joyce Carol Oates
Status Anxiety by Alain de Botton
A Room of One's Own by Virginia Woolf
Buddha's Brain by Rick Hanson and Richard Mendius
The Quest for Christa T. by Christa Wolf
Passing by Nella Larson
Financially Fearless by Alexa Von Tobel
Under the Jaguar Sun by Italo Calvino
On Love by Alain de Botton
Brave New World Revisited by Aldous Huxley
Survival of the Prettiest by Nancy Etcoff
A Long Way Gone by Ishmael Beah
The Art of Travel by Alain de Botton
Bel Canto by Ann Pratchett
The Double by Fyodor Dostoevsky
Interpreter of Maladies by Jhumpa Lahiri
Collected Poems by Edna St. Vincent Millay
The Great Gatsby by F. Scott Fitzgerald
The House of the Spirits by Isabel Allende
A Week at the Airport by Alain de Botton
The Architecture of Happiness by Alain de Botton
The Unbearable Lightness of Being by Milan Kundera
Dreams from My Father by Barack Obama
How Proust Can Change Your Life by Alain de Botton
Night by Elie Wiesel
Girls in White Dresses by Jennifer Close
Day by Elie Wiesel
The Noonday Demon by Andrew Solomon
Dawn by Elie Wiesel
The Pleasures and Sorrows of Work by Alain de Botton
Three Tales by Gustave Flaubert
Stumbling on Happiness by Daniel Gilbert
The Myth of Sisyphus by Albert Camus
Transformations by Anne Sexton
The Happiness Project by Gretchen Rubin
Vagabonding by Rolf Potts
The Psychopath Test by Jon Ronson
Not Quite What I Was Planning by various
Fragments by Marilyn Monroe
The Oxford Project by Peter Feinstein and Stephen Bloom
Unholy Ghost edited by Nell Casey
Art of the Cemetery by David Robinson
Reading Lolita in Tehran by Azar Nafisi
The Death Notebooks by Anne Sexton
Twilight Zone edited by Carol Serling
The Female of the Species by Joyce Carol Oates
The Sex Lives of Cannibals by J. Maarten Troost
Russian Fairy Tales by Gillian Avery
The Gold Cell by Sharon Olds
What the Living Do by Marie Howe
Mindsight by Daniel J . Siegel
Religion for Athests by Alain de Botton
Diving Into the Wreck by Adrienne Rich
The Beauty of the Husband by Anne Carson
Claire of the Sea Light by Edwidge Danticat
Who Moved my Cheese? by Spencer Johnson
Humans of New York by Brandon Stanton
The Left Hand of Darkness by Ursula K. Le Guin
Becoming Enlightened by Dalai Lama XIV
Surely You're Joking, Mr. Feynman by Richard Feynman
The Time Machine by H.G. Wells
The Hen Who Dreamed She Could Fly by Sun-mi Hwang
The Wild Iris by Louis Gluck
What I Eat by Peter Menzel and Faith D'Aluisio
Finding Flow by Mihaly Csikszentmihalyi
What We Carry by Dorianne Laux
Women in the Material World by Faith D'Aluisio and Peter Menzel
Happier by Tal Ben-Shahar
Death's Acre by Bill Bass
Mother Night by Kurt Vonnegut
Saved by Ben Hewitt
The American Way of Death Revisited by Jessica Mitford
The Piano Teacher by Elfriede Jelinek
The Edge of the Sea by Rachel Carson
The Diary of a Young Girl, the Definitive Edition by Anne Frank
Undercurrents by Martha Manning
Evil Eye by Joyce Carol Oates