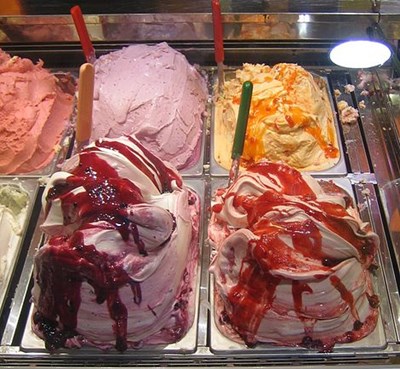 Ice cream
Ice cream or ice-cream is a frozen dessert usually made from dairy products, such as milk and cream, and often combined with fruits or other ingredients and flavours. Most varieties contain sugar, although some are made with other sweeteners. In some cases, artificial flavourings and colourings are used in addition to (or in replacement of) the natural ingredients.
This description uses material from the Wikipedia article on Ice cream and is licensed under the Creative Commons Attribution-ShareAlike License (view authors). Image by Alessio Damato.

Learn how to use formulas in Excel - added by mvmanasa

Write a poem - added by astarlightpanda

Latest Activity
2748 people want to do this. 703 people have done this.

Note added by Dani Batz. 1 years ago
Basil-lime icecream without an ice creammaker 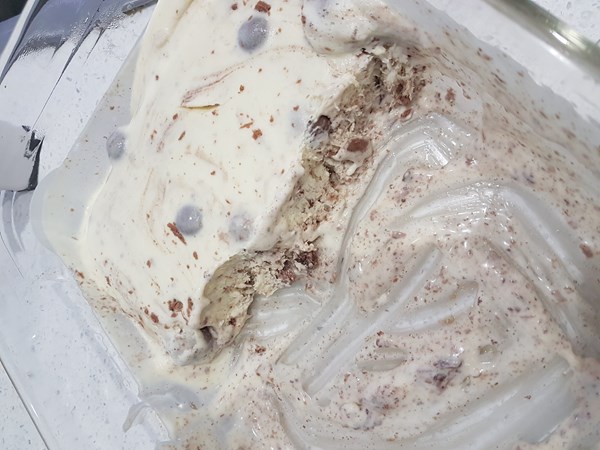 Note added by Tytanisha Thomas . 3 years ago
in 3rd grade i made icecream

Note added by Alexie RicRac. 4 years ago
I made banana nice cream!! I've made it a few times now, it's amazing. All you need is bananas, vanilla essence, and a blender/food processor. That's it. I can't remember exactly when I did make it but I'm pretty sure the first time was in April.

Note added by Onnameaga Daniel. 5 years ago
made snow ice in February 2014

Note added by Barbara. 6 years ago
I've made healthy popsicles with avocado, cacao and dade syrup

Note added by Pan Reas. 6 years ago
I took a theoretical ice-cream making class. It just made it sound hard! I'm interested in the custard approach but as someone who's not much good at baking it was unfortunate to hear how similar this will be. The samples were amazing though.

Note added by Andrea Hannah. 6 years ago
Did this with snow and made "snow cream" from scratch with Sam!

Note added by Amy Peterson. 6 years ago
I made my first Homemade Ice cream. I made vanilla as I figured it would be best to stick to a simple recipe before risking the cost of ingredients for a harder one. I did not let it mix long enough; I was impatient, however it turn out great after it firmed up in the refrigerator! Kids have been enjoying homemade ice cream 100% no chemical good ingredients for the last couple days. Thank you for the great Christmas present, Rhonda!!

Note added by Emily Pedersen. 6 years ago
Got an ice cream machine for my birthday 2013, made milk chocolate ice cream!

Note added by Amy Peterson. 6 years ago
Rhonda gave me an old fashioned ice cream maker for Christmas! Will make some for our next card party! Whoop!

Note added by Kerri Hysuick. 6 years ago
August 7/13 made vanilla and maple ice cream. So easy, yet impressive. Lessons learned...use higher fat milk, not 1%. Tomorrow going to teach people how to make it!

Note added by Anna Larson. 6 years ago
7/25
at work with Maddie 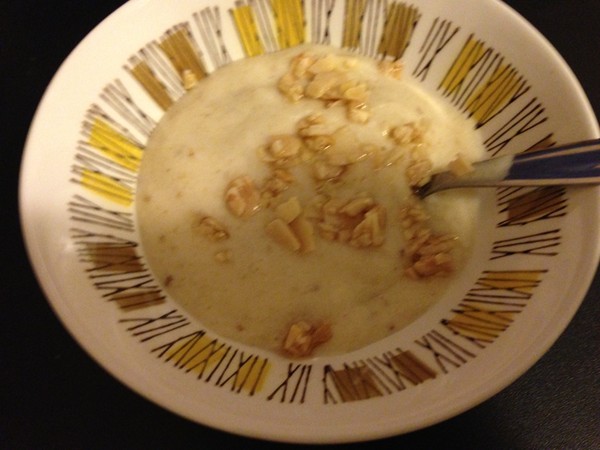 Note added by Pan Reas. 7 years ago
I made Gwyneth Paltrow's Banana "Ice Cream"
It doesn’t have much (fake) milk so it tastes mostly like banana. Nice, and certainly very different. Not quite ice cream.

Note added by Deana. 7 years ago
Made Elderflower Sherbert, but I want to make Lavender Ice Cream, so I'll mark it off when that is accomplished.

Note added by Ryan Burton. 7 years ago
Ice cream maker on its way! 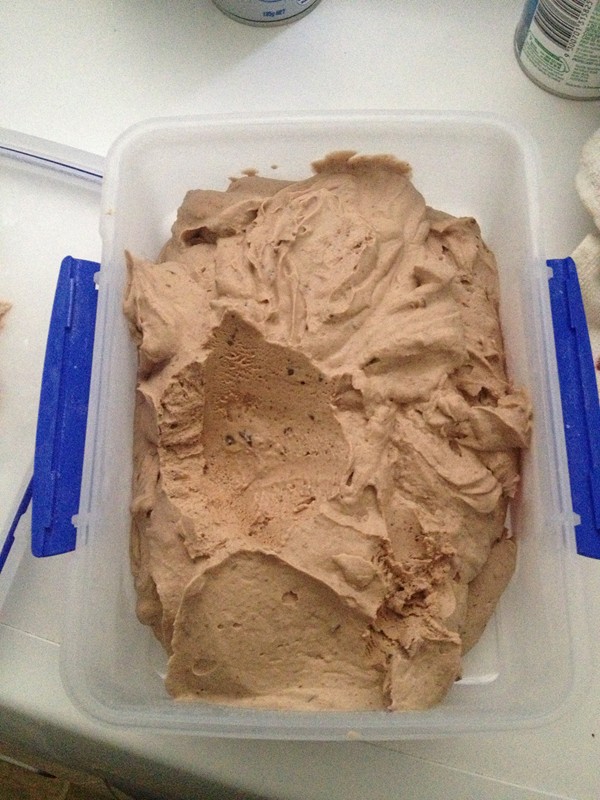 Note added by TSP. 7 years ago
I tried another method. It wasn't that much like ice cream but it actually was more solid after I left it on the fridge and everyone but me liked it so I'm counting it as done. Not properly I bet but done.

Note added by TSP. 7 years ago
11 Sept 2012 - Failed to make ice cream with method one, will try again tomorrow, maybe with a different one.

Note added by Rebecca Mark. 7 years ago
Made orange ice cream - was ok but think the egg had cooked slightly. Might try cooking cinnamon ice cream another time.

Note added by Elizabeth Gonzalez. 8 years ago
May 18, 2012
S'more Ice Cream at my house

Note added by Ashley. 8 years ago
Made gelato and sorbet!

Note added by Jo Richardson. 8 years ago
Made strawberry pavlova ripple. And I actually succeeded :O