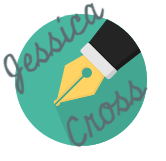 Jessica
I'm a 30-something creative person, teacher writer, and mom to a toddler son. Trying to get my life organized and get stuff done (instead of just talking about it). She/her and they/them pronouns.
0
Followers
0
Following
Followers 0   Following 0   Manage
See More
ELSEWHERE
BADGES

15 Aug, 17
Jessica
Note added to goal Write a letter to a famous person
So last year's fan letters were really to people who touched me in some way, who influenced me in one way or another. I don't know that I have a whole lot of other people like that, so I'll probably just write to people who have entertained me or brought me joy in some way or another. I plan on writing more than one letter, so I'll start a running list here:

08 Jul, 17
Jessica
Note added to goal Send one handwritten letter per month for a year
I'm a member of sendsomething.net and I'm resolute to start using it again. I have a few tag-backs months in the making (I know, my time management is crap), but I've looking forward to sitting down and doing some mail art and sending some pretty things out into the world.

08 Jul, 17
Jessica
Note added to goal Learn sign language
Groupon had a deal - $7 for a normally $299 ASL course through International Open Academy, so of course I signed up!

07 Jul, 17
Jessica
Note added to goal Write a letter to a famous person
I did this last year; I wrote a few fan letters, actually, including one to Lin-Manuel Miranda. And I got a response. I showed up to my mom's house one day before work to drop my son off; my husband and I had lived with my parents for 10 months prior to buying our house, and when we showed up, my mom handed me a letter that had showed up. My heart almost stopped when I saw the "Richard Rogers Theatre - LMM" return address. I hadn't included an SASE (I just wanted to express my admiration), so Lin stamped and addressed the envelope himself, and wrote a short but very thoughtful note back, addressing a few select points I had mentioned in my letter to him. It was such a small thing, but getting that postcard was probably the highlight of my week. I'm hoping to pick another three or four people (last time it was Lin, Cecil Baldwin, JK Rowling, and Misha Collins) to express my admiration.