To discover the top landmarks around the globe, Facebook aggregated check-ins via its site and third-party apps using the Facebook API. The data dates back to August 2010 when check-ins were first launched.

Some of the interesting facts Facebook uncovered related to check-ins via the site were that sports stadiums and arenas were some of the most popular venues in the world (7 of the number-1-ranked landmarks across the top 25 most social cities were stadiums or arenas); public areas including squares, avenues and parks were second on the list of the most popular check-in destinations (6 out of 25); and cities with warmer climates had more outdoor check-ins than their colder counterparts.

We've reproduced the top 25 here - how many have you checked into? Which would you most like to visit?
Share 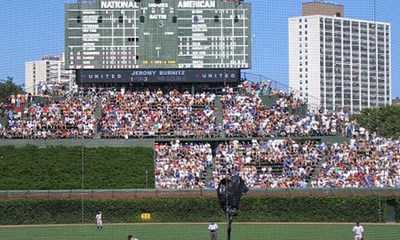 See a baseball game at Wrigley Field ILLINOIS
Wrigley Field is a baseball stadium in Chicago, Illinois, United States that has served as the home ballpark of the Chicago Cubs since 1916. It was built in 1914 as Weeghman Park for the Chicago Federal League baseball team, the Chicago Whales. It was called Cubs Park between 1920 and 1926 before being renamed for then Cubs team owner and chewing gum magnate, William Wrigley Jr.. Between 1921 and 1970 it was also the home of the Chicago Bears of the National Football League.

54 people are doing this goal: 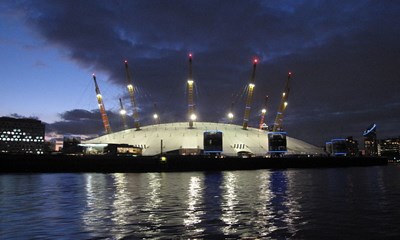 Attend a concert at The O2 (London) LONDON
The O2, visually typeset in branding as The O2, is a large entertainment district on the Greenwich peninsula in South East London, England, including an indoor arena, a music club, a Cineworld cinema, an exhibition space, piazzas, bars and restaurants. It was built largely within the former Millennium Dome, a large dome-shaped building built to house an exhibition celebrating the turn of the third millennium; as such, The Dome remains a name in common usage for the venue.

87 people are doing this goal: 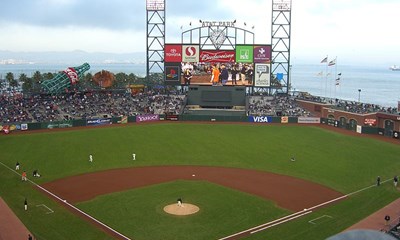 See a baseball game at AT&T Park CALIFORNIA
AT&T Park is a ballpark used for Major League Baseball. It is located in the South Beach neighborhood of San Francisco, California. Located at 24 Willie Mays Plaza, at the corner of Third and King Streets, it has served as the home of the San Francisco Giants of Major League Baseball since 2000. Originally named Pacific Bell Park, then renamed SBC Park in 2003 after SBC's acquisition of Pacific Bell, the stadium was ultimately christened AT&T Park in 2006 following SBC's merger with AT&T.

36 people are doing this goal: 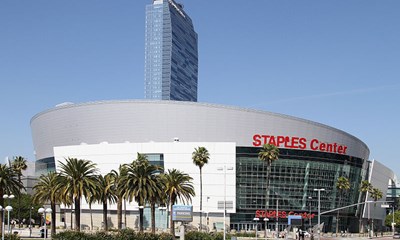 Watch a Lakers game at the Staples Center LOS ANGELES
Staples Center is a multi-purpose sports arena in Downtown Los Angeles. Adjacent to the L.A. Live development, it is located next to the Los Angeles Convention Center complex along Figueroa Street. Opening on October 17, 1999, it is one of the major sporting facilities in the Los Angeles metropolitan area and Greater Los Angeles Area. It is owned and operated by the L.A. Arena Company and Anschutz Entertainment Group.

34 people are doing this goal: 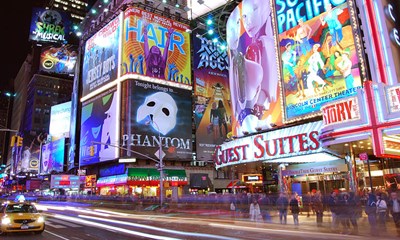 Visit Times Square NEW YORK
Times Square is a major commercial intersection in the borough of Manhattan in New York City, at the junction of Broadway and Seventh Avenue and stretching from West 42nd to West 47th Streets. The extended Times Square area, also called the Theatre District, consists of the blocks between Sixth and Eighth Avenues from east to west, and West 40th and West 53rd Streets from south to north, making up the western part of the commercial area of Midtown Manhattan. 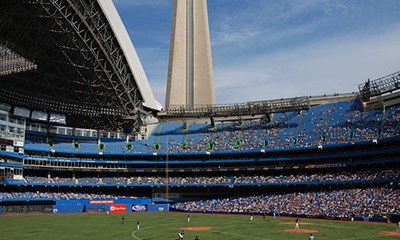 See a game at the Rogers Centre CANADA
Rogers Centre, formerly known as SkyDome, is a multi-purpose stadium in Toronto, Ontario, Canada, situated next to the CN Tower near the shores of Lake Ontario. Originally opened in 1989, it is home to the American League's Toronto Blue Jays, the Canadian Football League's Toronto Argonauts, and as of 2008, the National Football League's Buffalo Bills' second playing venue in the Bills Toronto Series.

35 people are doing this goal: 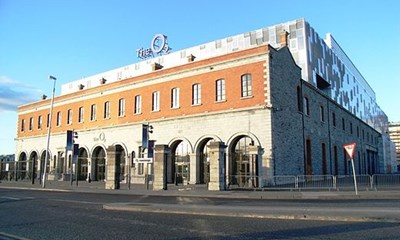 36 people are doing this goal: 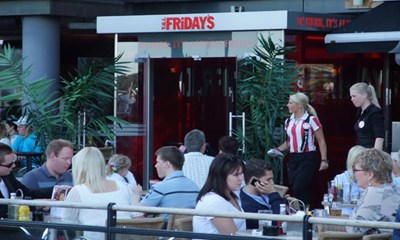 12 people are doing this goal: 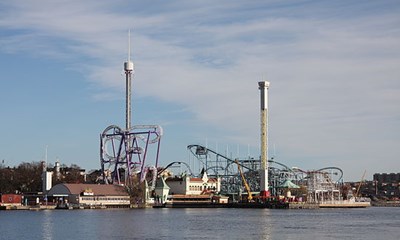 Visit Gröna Lund Amusement Park SWEDEN
Tivoli Gröna Lund (lit. The Green Grove) or Grönan is an amusement park in Stockholm, Sweden. It is located on the seaward side of the Djurgården island and is relatively small compared to other amusement parks, mainly due to its central location, which limits expansion. Gröna Lund is a popular venue for concerts during the summer. The amusement park has over 30 attractions. Gröna Lund was founded in 1883 by James Schultheis.

32 people are doing this goal: 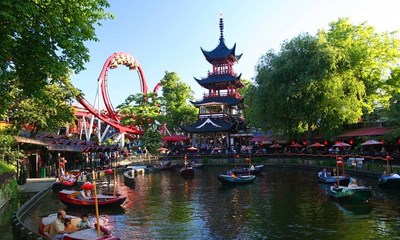 Visit Tivoli Gardens Amusement Park DENMARK
Tivoli Gardens (or simply Tivoli) is a famous amusement park and pleasure garden in Copenhagen, Denmark. The park opened on August 15, 1843 and is the second oldest amusement park in the world, after Dyrehavsbakken in nearby Klampenborg. Tivoli is currently the most visited theme park in Scandinavia and the 3rd most visited in Europe.

98 people are doing this goal: 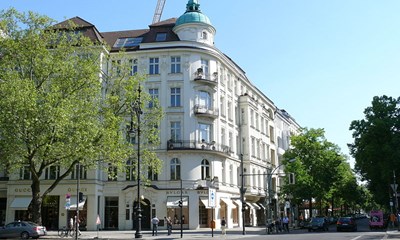 Visit Kurfürstendamm GERMANY
The Kurfürstendamm, known locally as the Ku'damm, is one of the most famous avenues in Berlin. The street takes its name from the former Kurfürsten of Brandenburg. This very broad, long boulevard can be considered the Champs-Élysées of Berlin — full of shops, houses, hotels and restaurants. In particular, many fashion designers have their shops there, as well as several car manufacturers' show rooms.

57 people are doing this goal: 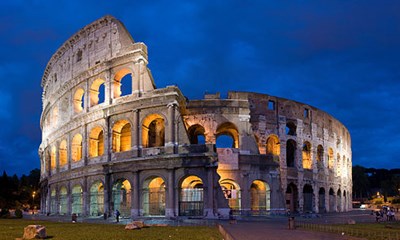 Visit the Colosseum ITALY
The Colosseum, or the Coliseum, originally the Flavian Amphitheatre, is an elliptical amphitheatre in the centre of the city of Rome, Italy, the largest ever built in the Roman Empire. It is considered one of the greatest works of Roman architecture and Roman engineering.

876 people are doing this goal: 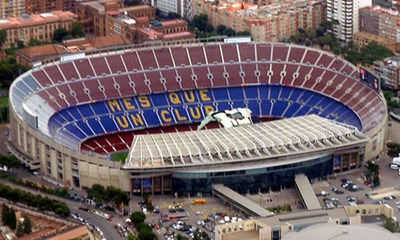 See a football match at Camp Nou SPAIN
Camp Nou (“New Field”), often erroneously called “the Nou Camp” in English, is a Spanish football stadium in Barcelona, Catalonia. The stadium, located in the west of the city, has been the home of FC Barcelona since its construction in 1957. It has hosted numerous international matches at a senior level including two UEFA Champions League finals, the most recent being in 1999. It seats 98,787, making it the largest stadium in Europe and the twelfth largest in the world in terms of capacity.

32 people are doing this goal: 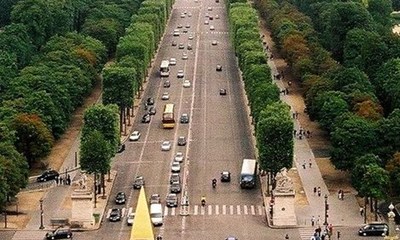 271 people are doing this goal: 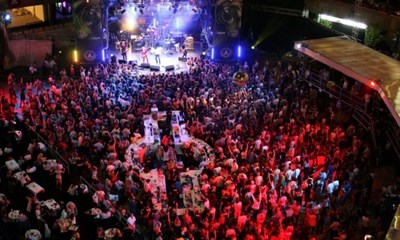 14 people are doing this goal: 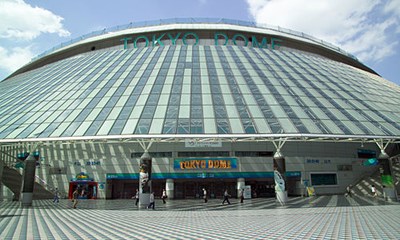 See an event at Tokyo Dome JAPAN
Tokyo Dome is a 55,000-seat stadium located in Bunkyo Ward of Tokyo, Japan. It opened for business on March 17, 1988 and was built close to the site of its predecessor, Korakuen Stadium. Like Korakuen, the Dome hosts the Toei Superheroes live shows of the year. The design is supposedly based on the Metrodome in Minneapolis, Minnesota, USA after some tourists from Japan visited there and came back home with the idea for Tokyo Dome.

26 people are doing this goal: 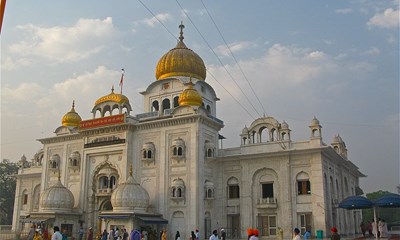 Visit Gurudwara Bangla Sahib INDIA
Gurudwara Bangla Sahib is the most prominent Sikh gurdwara, or Sikh house of worship, in Delhi, known for its association with the eighth Sikh Guru, Guru Har Krishan, and the pond inside its complex, known as the "Sarovar", whose water is considered holy by Sikhs and is known as "Amrit". It was built by Sikh General, Sardar Bhagel Singh in 1783, who supervised the construction of nine Sikh shrines in Delhi in the same year, during the reign of Mughal Emperor, Shah Alam II .

13 people are doing this goal: 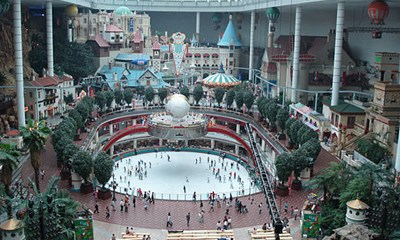 Visit Lotte World SOUTH KOREA
Lotte World is a major recreation complex in Seoul, South Korea. It consists of the world's largest indoor theme park that set a Guinness World Record open all year around, an outdoor amusement park called "Magic Island", an artificial island inside a lake linked by monorail, shopping malls, a luxury hotel, a Korean folk museum, sports facilities, and movie theaters all in one place.

61 people are doing this goal: 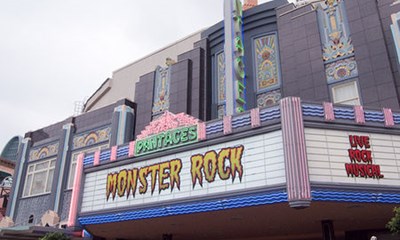 51 people are doing this goal: 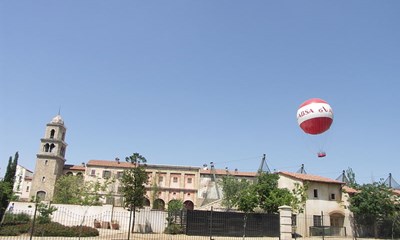 Visit Montecasino SOUTH AFRICA
Montecasino is a leisure and casino complex located at No.1 Montecasino Boulevard in Fourways, Sandton, Johannesburg, Gauteng, South Africa. Montecasino is built on 26 hectares of land . It was designed and built by South African architect company, Bentel Associates International, at a cost of R1.6 billion rand . It first opened its doors on 30 November 2000 . It currently attracts over 9.3 miilion visitors annually . It is themed after Monte Cassino.

17 people are doing this goal: 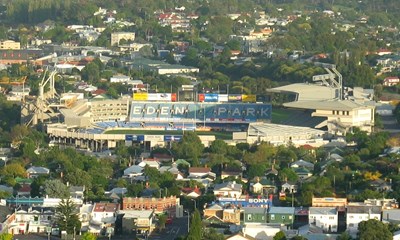 See a rugby match at Eden Park NEW ZEALAND
Eden Park is the biggest sports ground in Auckland, New Zealand for both rugby union during winter, and cricket in summer (although most domestic cricket games are played on the Outer Oval, which is situated next to the main stadium). To accommodate both sports, the cricket pitch is removable. The ground is located three kilometres southwest of Auckland's CBD, straddling the boundary between the Kingsland and Mount Eden suburbs.

26 people are doing this goal: 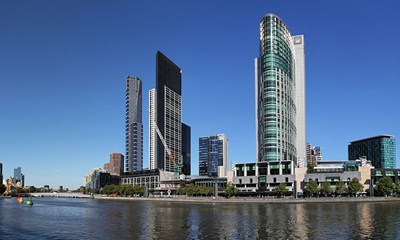 Visit Crown Casino AUSTRALIA
Crown Casino and Entertainment Complex is the largest casino and entertainment precinct in Australia and in the Southern hemisphere, on the south bank of the Yarra River, in Melbourne, Australia. Crown Casino is a unit of Crown Limited. Crown's current casino complex opened in 1997. It is one of the central features of the Southbank area in the central business district and the Crown Promenade fronts onto the waterfront as part of Southbank Promenade.

40 people are doing this goal: 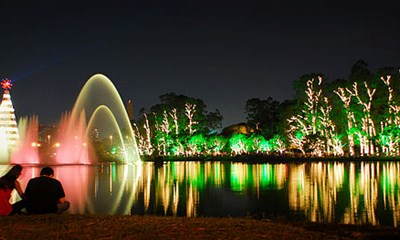 Visit Ibirapuera Park BRAZIL
Ibirapuera Park is a major urban park in São Paulo, Brazil. It has a large area for leisure, jogging and walking, as well as a convention center. Its importance to São Paulo is comparable to that of the Central Park to New York City.

21 people are doing this goal: 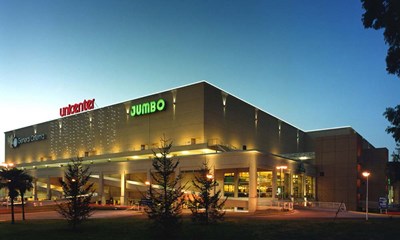 Visit Unicenter Shopping ARGENTINA
Unicenter is a major shopping and entertainment complex in Greater Buenos Aires, Argentina. It is located by the Panamerican Highway in Martínez, 15 mi (25km) north of downtown Buenos Aires. Unicenter was opened in 1988, the first shopping centre of its size in Argentina.

9 people are doing this goal: 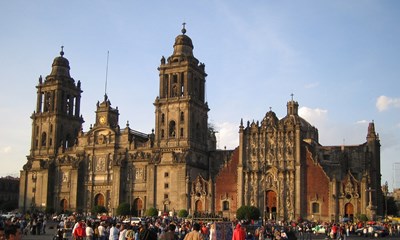 Visit the Historic Centre of Mexico City MEXICO
The historic center of Mexico City is also known as the "Centro" or "Centro Histórico. " This neighborhood is focused on the Zócalo or main plaza in Mexico City and extends in all directions for a number of blocks with its farthest extent being west to the Alameda Central The Zocalo is the largest plaza in Latin America and the second largest in the world after Moscow’s Red Square. It can hold up to nearly 100,000 people.

56 people are doing this goal: