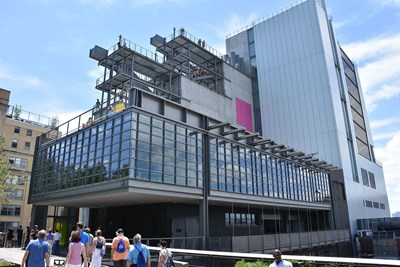 The Whitney Museum of American Art
The Whitney Museum of American Art, often referred to simply as "the Whitney", is an art museum with a focus on 20th- and 21st-century American art. Located at 945 Madison Avenue at 75th Street in New York City, the Whitney's permanent collection contains more than 18,000 works in a wide variety of media.
Source: wikipedia.org
Tags
ArtMuseums and Galleries
Related goals for New York:

See the Statue of Liberty


Latest Activity
5 people want to do this. One person has done this.

Added by Thalia Estrella. 2 years ago

Added by Alice. 3 years ago

Added by Gina. 3 years ago

Added by Ian Maniram. 6 years ago

Added by Amanda Reed. 6 years ago