44 people have been here. 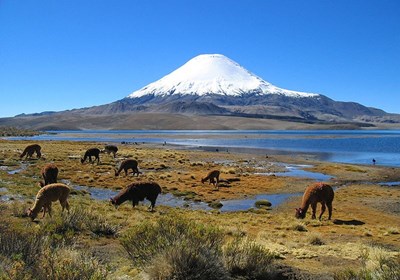 ABOUT CHILE
Chile, officially the Republic of Chile, is a country in South America occupying a long, narrow coastal strip between the Andes mountains to the east and the Pacific Ocean to the west. It borders Peru to the north, Bolivia to the northeast, Argentina to the east, and the Drake Passage in the far south. With Ecuador, it is one of two countries in South America which do not border Brazil. The Pacific coastline of Chile is 6,435 kilometres (4000 mi).
Source: Wikipedia
Popular Goals

See the Statues of Easter Island

Torres del Paine National Park (Parque Nacional Torres del Paine) is a national park encompassing a mountains, glacier, lake, and river-rich areas in southern Chilean Patagonia. The Cordillera del Paine is the centerpiece of the park. It lies in a transition area between the Magellanic subpolar forests and the Patagonian Steppes. The park is located 112 km (70 mi) north of Puerto Natales and 312 km (194 mi) north of Punta Arenas.

See the moai of Easter Island

Moai, or mo‘ai, are monolithic human figures carved from rock on the Polynesian island of Easter Island, Chile between the years 1250 and 1500. Nearly half are still at Rano Raraku, the main moai quarry, but hundreds were transported from there and set on stone platforms called ahu around the island's perimeter. Almost all moai have overly large heads three-fifths the size of their bodies. The moai are chiefly the living faces (aringa ora) of deified ancestors (aringa ora ata tepuna).

Santiago de Chile,, is the capital and largest city of Chile, and the center of its largest conurbation (Greater Santiago). It is located in the country's central valley, at an elevation of 520 m above mean sea level. Although Santiago is the capital, legislative bodies meet in the coastal town of Valparaíso, a one-hour drive to its west.

Attend the winter carnival in Punta Arenas
Other Goals

Stargaze at the Atacama Desert in Chile

Visit the Atacama Desert when it is in flower (Desierto Florido)

Go up an Ascensor of Valparaiso

Visit the Churches of Chiloé

Visit the Cementerio Nacional in Santiago

Swim in the world's largest swimming pool, off the coast of Chile

Watch a sunset from the dunes of Valle de la Luna

Explore the Spanish Fort in Niebla

Swim in the hot pools at El Tatio geysers

Go to the top of Cerro Santa Lucia

Go swimming in one of the pools at Cerro San Cristobal

Go up an Ascensor in Valparaiso

Have a Pisco Sour in Pisco (the town) – Valle del Elqui

Visit the port city of Coquimbo

Visit the inside of La Moneda Palace

Snowboard in the Andes Mountain

Watch Chile play a football game at the Estadio Nacional

Go rafting on one of Chile’s rivers

Go to a performance at the Santiago Municipal Theatre

Visit the Fort of Coquimbo

Go to the top of Cerro San Cristóbal

See the San Francisco Glacier in the El Morado Park

Climb to the top of El Morro de Arica 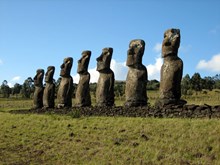 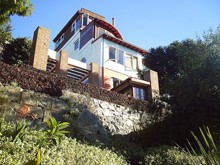 La Sebastiana (Pablo Neruda's House) in Valparaiso
“
When searching for a coastal respite in Valparaíso, Pablo Neruda related the following specifications to his friend, Sara Vial, "It may not be too high or too low. It must be solitary, but not in excess. I wish neighbors were invisible. I wish I did not see or hear them. Original but not uncomfortable. Very light, but firm. Neither too big nor too small, far from everything. But close to the stores. As well, it has to be very inexpensive. Do you think I can find a house like that in Valparaíso?” 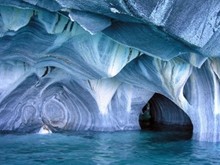 Catedral de Mármol
“
Just like most natural attractions in South America, Marble Cave has a unique element that makes it so impressive and esteemed by tourists. Limestone has been considered a precious material used in constructions for years; these days, people make sculptures and castles out of marble. Having the possibility to witness a natural cave made entirely of granite is absolutely fantastic." 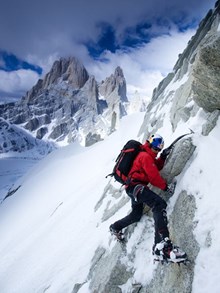 Climb in Patagonia
“
For anyone who loves mountains, Patagonia is a must. Its improbably thorny massifs are some of the most iconic visages in the world. They attract the world’s best climbers, but there are plenty of classic routes for moderate climbers, too." 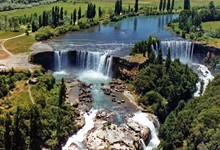 Laja Falls in southcentral Chile
“
There are stories that this impressive natural landmark was a sacred place for the local Araucan people. The young Araucans had to prove their manhood by walking along the upper rim of the larger falls but the older ones meditated here."

Torres del Paine
In the heart of Patagonia, glaciers rise in the midst of mountainscapes and alpine meadows, close enough to hike right up to and touch. They make Torres del Paine one of the most special national parks in the world — you'll never forget your first sight of ice on the beach. 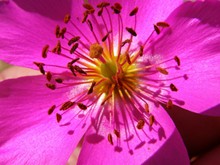 Atacama Desert in Full Bloom
“
People do visit Chile’s Atacama Desert, one of the driest places on the planet, for the colors. The barren, sculpted earth is painted with an earthen palette of mineral hues: Purples and pinks, beiges and greens, all deepening and transforming by sunset and moonlight. Hence, the Moon Valley gets its name."

Visit the Atacama Desert when it is in flower (Desierto Florido)
Source: viator.com 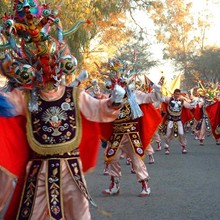 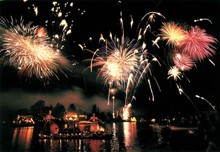 Noche Valdiviana
“
It began as a popular demonstration against the administration of Governor García de Mendoza, in the sixteenth century. The villagers came out in their boats and burned straw bales as an expression of their discontent. The event was so successful that the governor was sacked and since then the parade of ships became a tradition, which over time has become one of the most important events in the region."