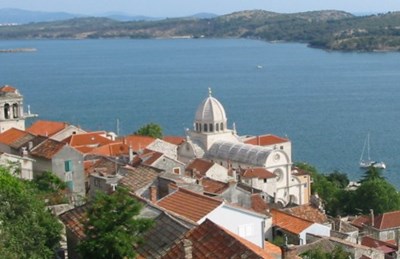 ABOUT CROATIA
Croatia, officially the Republic of Croatia, is a country in Central Europe and Southeastern Europe at the crossroads of the Pannonian Plain, the Balkans, and the Adriatic Sea. Its capital and largest city is Zagreb. Croatia borders Slovenia to the north, Hungary to the northeast, Bosnia and Herzegovina to the southeast, Serbia to the east, and Montenegro to the southeast. The Croats arrived in the early seventh century in what today is Croatia. They organized the state into two dukedoms.
Popular Goals

Plitvice Lakes National Park (colloquial Plitvice) is the oldest national park in Southeast Europe and the largest national park in Croatia. The national park was founded in 1949 and is situated in the mountainous karst area of central Croatia, at the border to Bosnia and Herzegovina. The important north-south road connection, which passes through the national park area, connects the Croatian inland with the Mediterranean coastal region.

Visit Zagreb
Zagreb is the capital and the largest city of the Republic of Croatia. It is situated in the northwest of the country, along the Sava river, at the southern slopes of the Medvednica mountain. Zagreb lies at an elevation of approximately 122 m (400 ft) above sea level. In 2008, Zagreb's population was 804,200.

Visit Hvar
Hvar is a Croatian island in the Adriatic Sea, located off the Dalmatian coast, lying between the islands of Brač, Vis and Korčula. Approximately 68 km (42.25 mi) long, with a high east-west ridge of Mesozoic limestone and dolomite, the island of Hvar is unusual in the area for having a large fertile coastal plain, and fresh water springs. Its hillsides are covered in pine forests, with vineyards, olive groves, fruit orchards and lavender fields in the agricultural areas.

Visit the city of Split, the capital of Dalmatia
Split is a Mediterranean city on the eastern shores of the Adriatic Sea, centred around the ancient Roman Palace of the Emperor Diocletian and its bay and port. With a population of 178,192 citizens, and a metropolitan area numbering up to 467,899, Split is by far the largest Dalmatian city and the second-largest city of Croatia. Spread over a central peninsula and its surroundings, Split's greater area includes the surrounding seaside towns as well.
Festivals and Events

Participate in the Dubrovnik Summer Festival

Witness the traditional sword dance during the Moreška Festival
Other Goals

Visit the city of Split, the capital of Dalmatia

Drink a shot of Medovaca, a locally brewed spirit

Go diving in the Blue Grotto

Witness the Zlatni Rat, Golden Cape on the island of Brac

Discover the Roman ruins in the city of Pula

Drive around Inland Istria and its hill towns

Stroll around the cobbled streets of Zadar

Drink a bottle of Pivo beer

Discover the medieval city of Trogir and its Romanesque cathedral (UNESCO)

See the Cathedral of St. James in Šibenik (UNESCO)

Hike in the Kornati National Park

Explore the shipwrecks sunk off the island of Vis

Drink a cup of bikela kava at a local café

See the vineyards of Zagorje

Visit the Mimara Museum in Zagreb

Savour a platter of Pršut i paški sir, ham similar to prosciutto

Try a glass of Malvazija white wine from Istria

Kayak around the Kvarner Islands

Visit the Museum of Broken Relationships

Learn about Dubrovnik’s turbulent history at the Rector's Palace

Explore the Brijuni National Park off the west coast of Istria

Spot Griffon Vultures on the Kvarner Gulf Island of Cres

Cycle around the Mljet National Park

Discover the Franciscan Monastery in the islet of Visovac

Visit Volosko, home to some of Croatia’s best seafood restaurants

See the historic settlement of Valun in Cres

Windsurf in the Golden Cape

Photograph the City Walls in Dubrovnik 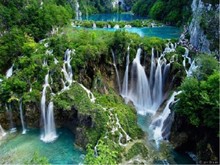 The Walled City of Dubrovnik
“
This ancient city was built on maritime trade, and is reputed to rival Venice in both beauty and culture. You can enjoy the stunning architecture of the city’s monasteries, museums, churches and fountains, as well as the relaxing atmosphere of Lapad and Banje beaches. Walk atop the famed city walls that have surrounded Dubrovnik for centuries."