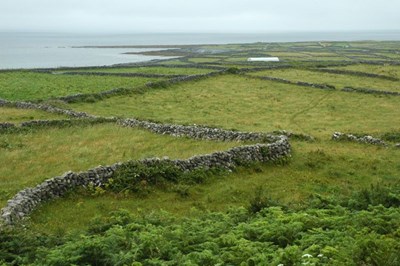 ABOUT IRELAND
Ireland is the third-largest island in Europe and the twentieth-largest island in the world. It lies to the northwest of continental Europe and is surrounded by hundreds of islands and islets. To the east of Ireland is Great Britain, separated from it by the Irish Sea.
Source: Wikipedia
Popular Goals

Visit the Cliffs of Moher

The Cliffs of Moher are located in the parish of Liscannor at the south-western edge of the Burren area near Doolin, which is located in County Clare, Ireland. The cliffs rise 120 meters (394 ft) above the Atlantic Ocean at Hag's Head, and reach their maximum height of 214 meters (702 ft) just north of O'Brien's Tower, eight kilometres away. The views from the cliffs attract close to one million visitors per year.

Dublin (Irish: ''Baile Átha Cliath'', "Town of the Hurdled Ford") is the capital city of Ireland. Its vibrancy, nightlife and tourist attractions are noteworthy, and it is the most popular entry point for international visitors to Ireland. As a city, it is disproportionately large for the size of the country (2006 pop. Greater Dublin Region 1.6 million); well over a quarter of the Republic's population lives in the metropolitan area. The centre is, however, relatively small and can be navigated by foot, with most of the population living in suburbs.

Saint Patrick's Day or the Feast of Saint Patrick (Irish: Lá Fhéile Pádraig, "the Day of the Festival of Patrick") is a cultural and religious holiday celebrated on 17 March. It commemorates Saint Patrick (c. AD 387–461), the most commonly recognised of the patron saints of :Ireland, and the arrival of Christianity in Ireland. It is observed by the Catholic Church, the Anglican Communion, the Eastern Orthodox Church and Lutheran Church.

The Blarney Stone is a block of bluestone built into the battlements of Blarney Castle, Blarney, about 5 miles (8 km) from Cork, Ireland. According to legend, kissing the stone endows the kisser with the gift of gab. The stone was set into a tower of the castle in 1446. The castle is a popular tourist site in Ireland, attracting visitors from all over the world to kiss the stone and tour the castle and its gardens. The word blarney has come to mean "clever, flattering, or coaxing talk".

See the Book of Kells in the Old Library, an illuminated manuscript dating from 800 AD

Explore the Guinness Storehouse in Dublin

Kiss the Blarney Stone to inherit the gift of eloquent speech

Learn about Irish myths at the Bard Summer School

Walk around the city during the Bloomsday Festival

Kiss the Blarney Stone to inherit the gift of eloquent speech

Explore Ireland on foot, by walking the Wicklow Way

Attend a concert at The O2 (Dublin)

Catch some traditional Irish sounds at the Cobblestone

Explore the 15th century Bunratty Castle and its medieval fortress

Drive around the Ring of Kerry

Have a drink in the "highest pub in Ireland", Johnny Fox

Explore the pre-historic and Christian monuments at Aran Islands

Brush with royalty at the Dublin Castle

Visit the Francis Bacon Studio at the Hugh Lane Gallery

Go birdwatching on the Cliffs of Moher

See the megalithic tombs and monuments at Burren

Visit every county in Ireland

Drink a Guiness in Dublin

Eat at the Medieval Banquet is served at County Clare

Sip a perfect pint at Kehoe's

Warm up with some Irish stew at the Porterhouse

See the monastic settlement in Glendalough

Visit the National Gallery of Ireland

Enroll in a cooking course in Cork

View the Book of Kells

See the Folk Park on the grounds of the Bunratty Castle

Cycle the coast of Ireland

Go trout fishing in the three lakes of Killarney

Eat some black pudding in Clonakilty

Geek out at Trinity College 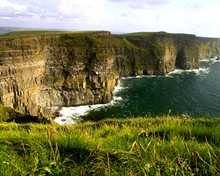 Visit the Cliffs of Moher

Go birdwatching on the Cliffs of Moher
Source: destination360.com 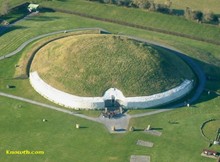 Newgrange
“
Considered to be the oldest and most famous prehistoric site in all of Ireland, Newgrange is a tomb that was built from earth, wood, clay, and stone around 3100 BC, some 1000 years before the construction of the pyramids in Egypt. It consists of a long passage that leads to a cross-shaped chamber that was apparently used as a tomb, as it contains stone basins filled with cremated remains."