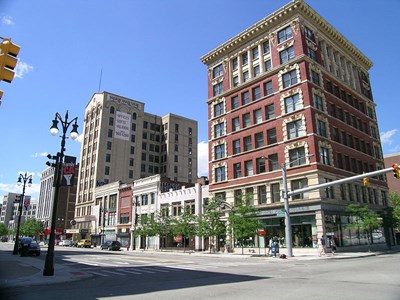 ABOUT MICHIGAN
Michigan is a U.S. state located in the Great Lakes Region of the United States of America. The name Michigan is a French corruption of the Ojibwe word mishigama, meaning "large water" or "large lake". Michigan is the eighth most populous state in the United States. It has the longest freshwater shoreline of any political subdivision in the world, being bounded by four of the five Great Lakes, plus Lake Saint Clair.
Popular Goals

Mackinac Island is an island and resort area covering 3.8 square miles (9.8 km) in land area, part of the U.S. state of Michigan. It is located in Lake Huron, at the eastern end of the Straits of Mackinac, between the state's Upper and Lower Peninsulas. The island was home to a Native American settlement before European exploration began in the 17th century. It served a strategic position amidst the commerce of the Great Lakes fur trade.

Climb the Sleeping Bear Sand Dunes
Sleeping Bear Dunes National Lakeshore is a United States National Lakeshore located along the northwest coast of the Lower Peninsula of Michigan in Leelanau County and Benzie County. The park covers a 35-mile (60-km) stretch of Lake Michigan's eastern coastline, as well as North and South Manitou Islands. The park was established primarily for its outstanding natural features, including forests, beaches, dune formations, and ancient glacial phenomena.

Visit the Motown Historical Museum
"Hitsville U.S.A. " is the nickname given to Motown's first headquarters. A former photographers' studio located at 2648 West Grand Boulevard in Detroit, Michigan, it was purchased by Motown founder Berry Gordy in 1959 and converted into both the record label's administrative building and recording studio, which was open 22 hours a day (closing from 8 to 10 AM for maintenance).

Visit the Detroit Institute of Arts
The Detroit Institute of Arts (DIA) has one of the largest, most significant art collections in the United States. In 2003, the DIA ranked as the second largest municipally-owned museum in the United States, with an art collection valued at more than one billion dollars. With over 100 galleries, it now covers 677,000 square feet (62,893 m²); a major renovation and expansion project completed in 2007 added 77,000 sq. ft. (7,153 m²). The museum building itself is highly regarded by architects.

Isle Royale National Park is a U.S. National Park in the state of Michigan. Isle Royale, the largest island in Lake Superior, is over 45 miles (72 km) in length and 9 miles (14 km) wide at its widest point. The park is made of Isle Royale itself and approximately 400 smaller islands, along with any submerged lands within 4.5 miles (7.24 km) of the surrounding islands.
Festivals and Events

Attend the Bavarian Festival in Frankenmuth

Attend the Blossomtime Festival
Other Goals

Visit the Detroit Institute of Arts

Watch a sunrise in the Upper Peninsula

See a Michigan game at the Big House

Drive the coast of Lake Michigan

Sail on the Tall Ship Manitou near Traverse City

Make a music pilgrimage to the Motown Museum

Visit the Legal Research Building at University of Michigan

Cruise across Lake Michigan on the S.S. Badger

See a game at Spartan Stadium

Attend the Detroit Festival of the Arts

Camp overnight at one of the Manitou Islands

Camp at every Michigan state park

Ride the Lake Express ferry from Muskegon to Milwaukee

Hike Sturgeon Gorge near Lanse in the Upper Peninsula 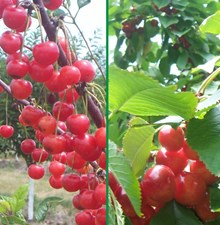 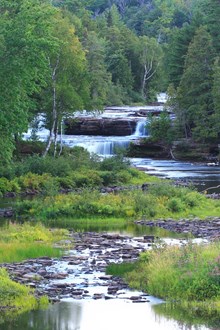 Tahquamenon Falls
The Tahquamenon Falls are two different waterfalls on the Tahquamenon River. Both sets are located near Lake Superior in the eastern Upper Peninsula of Michigan. The water is notably brown in color from the tannins leached from the cedar swamps which the river drains. This phenomenon is responsible for the alternative local name 'Root Beer Falls'.

The Frederik Meijer Gardens and Sculpture Park
Frederik Meijer Gardens & Sculpture Park is a 132-acre botanical garden and outdoor sculpture park located in Grand Rapids Township, Michigan in Kent County. Commonly referred to as Meijer Gardens, it has quickly become one of the most significant sculpture experiences in the Midwest and an emerging worldwide cultural destination. In May, 2009 it was named one of the top "30 Must-See Museums" in the world. It is Michigan's second largest tourist attraction.

Manitou Islands
“
North and South Manitou Island, the cub symbols of the Sleeping Bear legend, offer visitors two diverse travel experiences. South Manitou Island offers a daylong excursion into the lives of the early settlers of the region, with farmsteads, an old schoolhouse and the island cemetery amoung the highlights. Park ranger presentations are provided at the island lighthouse built in 1871. The Manitou Island Transit company offers daily ferry rides to the island much of the summer."

The Milwaukee Art Museum
The Milwaukee Art Museum (MAM) is located on Lake Michigan in Milwaukee, Wisconsin. Starting around 1872, multiple organizations were founded in order to bring an art gallery to Milwaukee, as the city was still a growing port town with little or no places to hold major art exhibitions. Over at least nine years, all attempts to build a major art gallery had failed. In 1881, exhibitions were held at Milwaukee's Exposition Hall, which was Milwaukee's primary event venue at the time. 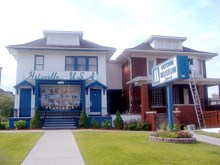 The Motown Historical Museum
“
Hitsville U.S.A. " is the nickname given to Motown's first headquarters. A former photographers' studio located at 2648 West Grand Boulevard in Detroit, Michigan, it was purchased by Motown founder Berry Gordy in 1959 and converted into both the record label's administrative building and recording studio, which was open 22 hours a day. 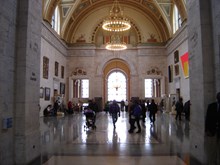 The Henry Ford Museum
The Henry Ford, a National Historic Landmark, (also known as the Henry Ford Museum and Greenfield Village, and more formally as the Edison Institute), in the Metro Detroit suburb of Dearborn, Michigan, USA, is the nation's "largest indoor-outdoor history museum" complex.