17 people have been here. 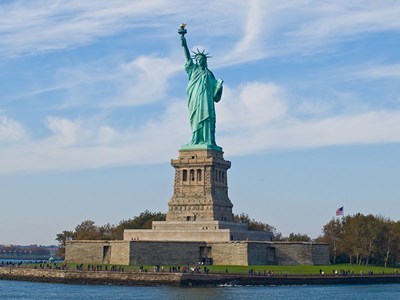 ABOUT NEW YORK
New York is a state in the Northeastern region of the United States. It is the nation's third most populous state. New York is bordered by New Jersey and Pennsylvania to the south, and by Connecticut, Massachusetts and Vermont to the east. The state has a maritime border with Rhode Island east of Long Island, as well as an international border with the Canadian provinces of Ontario to the north and west, and Quebec to the north.
Popular Goals

New York is the most populous city in the United States, and the center of the New York metropolitan area, which is one of the most populous metropolitan areas in the world. A leading global city, New York exerts a powerful influence over global commerce, finance, media, culture, art, fashion, research, education, and entertainment. As host of the United Nations Headquarters, it is also an important center for international affairs.

Times Square is a major commercial intersection in the borough of Manhattan in New York City, at the junction of Broadway and Seventh Avenue and stretching from West 42nd to West 47th Streets. The extended Times Square area, also called the Theatre District, consists of the blocks between Sixth and Eighth Avenues from east to west, and West 40th and West 53rd Streets from south to north, making up the western part of the commercial area of Midtown Manhattan.

Visit the Statue of Liberty

The Statue of Liberty (Liberty Enlightening the World) is a colossal neoclassical sculpture on Liberty Island in New York Harbor, designed by Frédéric Bartholdi and dedicated on October 28, 1886. The statue, a gift to the United States from the people of France, is of a robed female figure representing Libertas, the Roman goddess of freedom, who bears a torch and a tabula ansata (a tablet evoking the law) upon which is inscribed the date of the American Declaration of Independence.

Central Park is a public park in the center of Manhattan in New York City. The park initially opened in 1857, on 770 acres (3.1 km) of city-owned land. In 1858, Frederick Law Olmsted and Calvert Vaux won a design competition to improve and expand the park with a plan they entitled the Greensward Plan. Construction began the same year and was completed in 1873.

See the Statue of Liberty

The Statue of Liberty (Liberty Enlightening the World) is a colossal neoclassical sculpture on Liberty Island in New York Harbor, designed by Frédéric Bartholdi and dedicated on October 28, 1886. The statue, a gift to the United States from the people of France, is of a robed female figure representing Libertas, the Roman goddess of freedom, who bears a torch and a tabula ansata (a tablet evoking the law) upon which is inscribed the date of the American Declaration of Independence.

Go to the top of the Empire State Building

The Empire State Building is a 102-story landmark Art Deco skyscraper in New York City at the intersection of Fifth Avenue and West 34th Street. Its name is derived from the nickname for New York, The Empire State. It stood as the world's tallest building for more than 40 years, from its completion in 1931 until construction of the World Trade Center's North Tower was completed in 1972.

The Niagara Falls are voluminous waterfalls on the Niagara River, straddling the international border between the Canadian province of Ontario and the U.S. state of New York. The falls are 17 miles (27 km) north-northwest of Buffalo, New York and 75 miles (120 km) south-southeast of Toronto, Ontario, between the twin cities of Niagara Falls, Ontario, and Niagara Falls, New York.
Festivals and Events

See the lighting of the Rockefeller Christmas Tree

Attend the Tulip Festival in Albany

Attend the Feast of San Gennaro

Attend the River To River Festival

Go to the top of the Empire State Building

Visit the Metropolitan Museum of Art

Visit the Museum of Modern Art

Kiss on the top of the Empire State Building

Feel the mist of Niagara Falls

Go up the Empire State Building

Go on the Maid of the Mist in Niagara Falls

Go to the Bronx Zoo

Walk across the Brooklyn Bridge

Go to the top of the Empire State Building at night

Attend a Red Sox vs. Yankees game at Yankee Stadium

See the view from the 'Top of the Rock' observation deck

Climb to the top of the Empire State Building

Attend the US Open Tennis Championship

Travel on the Staten Island Ferry

Visit the Baseball Hall of Fame

Visit the Museum of Sex

Visit all of the Finger Lakes

Explore the Museum of Natural History

Hike in the Adirondacks

Visit the vineyards and beaches on Long Island

Visit the One World Observatory

Walk across the George Washington Bridge

Visit the Bronx Museum of the Arts

Visit the Morgan Library and Museum

Camp in the Adirondack Mountains

Visit the The Jacques Marchais Museum of Tibetan Art

See a show at the Westcott Theater

Walk across the Williamsburg Bridge

See a concert at CMAC

See a show at the Palace Theater

Visit the Corning Museum of Glass

Take a river tour of the Hudson

Visit every zoo in New York

Experience the sounds of urban life at the Tenement Museum

Visit the Baseball Hall of Fame in Cooperstown

Visit the Rose Center for Earth and Space

Visit the Cathedral of St. John the Divine

Go on board the USS Intrepid in NYC 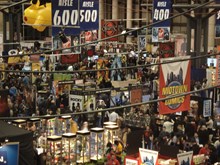 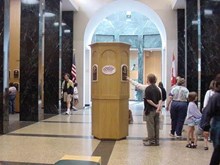 The Baseball Hall of Fame
The National Baseball Hall of Fame and Museum is an American history museum and hall of fame, located at 25 Main Street in Cooperstown, New York and operated by private interests. It serves as the central point for the study of the history of baseball in the United States and beyond, displays baseball-related artifacts and exhibits, and honors those who have excelled in playing, managing, and serving the sport. 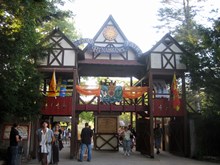 The Guggenheim Museum
The Solomon R. Guggenheim Museum (often referred to as "The Guggenheim") is a well-known museum located on the Upper East Side of Manhattan in New York City, United States. It is the permanent home to a renowned collection of Impressionist, Post-Impressionist, early Modern, and contemporary art and also features special exhibitions throughout the year. Designed by Frank Lloyd Wright, it is one of the 20th century's most important architectural landmarks.

The American Museum of Natural History
The American Museum of Natural History (abbreviated as AMNH), located on the Upper West Side of Manhattan in New York City, is one of the largest and most celebrated museums in the world. Located in park-like grounds across the street from Central Park, the Museum comprises 25 interconnected buildings that house 46 permanent exhibition halls, research laboratories, and its renowned library. 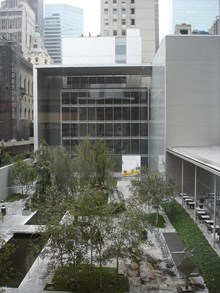 The Museum of Modern Art
The Museum of Modern Art (MoMA) is an art museum located in Midtown Manhattan in New York City, on 53rd Street, between Fifth and Sixth Avenues. It has been singularly important in developing and collecting modernist art, and is often identified as the most influential museum of modern art in the world. 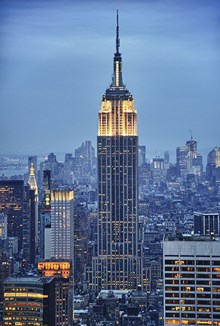 Central Park
Central Park is a large park in New York City, forming a vast green swathe of open space in Uptown Manhattan and a district in its own right, neatly separating the Upper East Side from the Upper West Side, whilst lying south of Harlem.