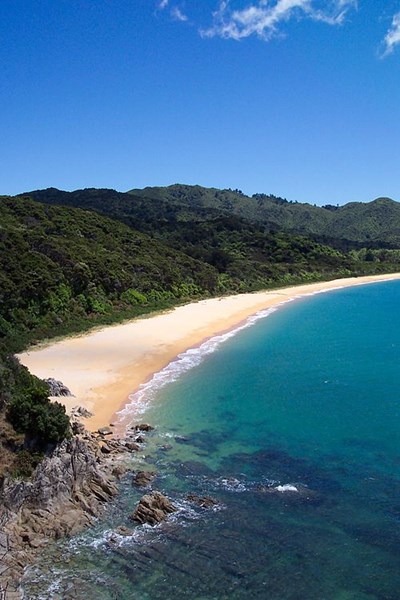 ABOUT NEW ZEALAND
New Zealand is known in the native Maori language as Aotearoa, often translated as ''The land of the long white cloud''. New Zealand is a country of stunning and diverse natural beauty which includes: jagged mountains, steep fiords, pristine lakes, raging rivers, scenic beaches, and active volcanic features. The islands are one of Earth's richest flora zones and is inhabited by some unique fauna, including many flightless birds such as the kiwi, which is the national symbol.
Source: Wikipedia
Popular Goals

Milford Sound is a fjord in the south west of New Zealand's South Island, within Fiordland National Park and the Te Wahipounamu World Heritage site. It has been judged the world's top travel destination in an international survey (the 2008 Travelers' Choice Destinations Awards by TripAdvisor) and is acclaimed as New Zealand's most famous tourist destination. Rudyard Kipling had previously called it the eighth Wonder of the World.

Take the Lord of the Rings Tour in New Zealand

Witness a star-filled sky in the Mackenzie Basin

The Mackenzie Basin (popularly and traditionally known as the Mackenzie Country), is an elliptical intermontane basin, located in the Mackenzie and Waitaki Districts, near the centre of the South Island of New Zealand. It is the largest such basin in New Zealand. Historically famous mainly for sheep farming, the sparsely populated area is now also a popular tourism destination.

Travel to each end of New Zealand

The Waitomo Glowworm Caves attraction is a cave at Waitomo on the North Island of New Zealand, known for its population of glowworms, Arachnocampa luminosa. These glowworms are found exclusively in New Zealand and are around the size of an average mosquito. This cave is part of the Waitomo Caves system that includes the Ruakuri Cave and the Aranui Cave. The attraction has a modern visitor centre at the entrance, largely designed in wood. There are organized tours that include a boat ride under the glowworms.

Christchurch is the largest city in the South Island of New Zealand, and the country's second-largest urban area. It lies one third of the way down the South Island's east coast, just north of Banks Peninsula which itself, since 2006, lies within the formal limits of Christchurch. The city was named by the Canterbury Association, which settled the surrounding province of Canterbury. The name of Christchurch was agreed on at the first meeting of the association on 27 March 1848.
Festivals and Events

Attend the Wings Over Wairarapa

Attend World of Music, Arts and Dance (WOMAD) in Taranaki
Other Goals

Take a Lord of the Rings tour in New Zealand

Go to the top of the Sky Tower

Ride a Boat Through Glowworm Cave in Waitomo

Do the Tongariro Crossing

Hike the length of New Zealand through the Te Araroa

Bathe in the natural hot springs at Hot Water Beach

Visit the The Kauri Museum in Matakohe

Visit the West Coast of the South Island

See a kiwi in New Zealand

See a kiwi in the wild

Pose for a photo at Wellington's Bucket Fountain

Do the Hauraki Rail Trail

Visit the Bay of Islands

Attend a cricket match at the Basin Reserve

Do the Coast to Coast walk in Auckland

Bungee jump off the Kawarau Bridge in Queenstown 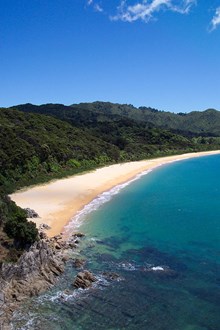 Mackenzie Basin
The Mackenzie Basin (popularly and traditionally known as the Mackenzie Country), is an elliptical intermontane basin, located in the Mackenzie and Waitaki Districts, near the centre of the South Island of New Zealand. It is the largest such basin in New Zealand. Historically famous mainly for sheep farming, the sparsely populated area is now also a popular tourism destination.

Witness a star-filled sky in the Mackenzie Basin
Source: wikipedia.org

Tongariro Alpine Crossing
“
This is one of New Zealand’s best walks, with wonderful alpine and volcanic vistas, warm blue-green lakes, and steam vents, but mountains are often in heavy clouds. You’ll see Mt. Ngauruhoe—a.k.a Mt. Doom in The Lord of the Rings." 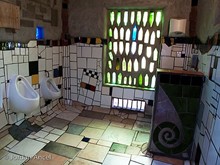 Hundertwasser toilets of Kawakawa
“
In the little town of Kawakawa, these toilets stand as a landmark, having been designed and built by the German artist Hundertwasser. It says something about the town that it's landmark is toilets."

Sutherland Falls
“
Sutherland Falls is a waterfall near Milford Sound in the Fiordland National Park, New Zealand. Amongst the tallest waterfalls in the world, it has a steep slope. Sutherland Falls are fed by a small circular lake, named Lake Quill, which occupies a small rock basin that was formed by ice-action during the Ice Age, and spills almost directly down a near-vertical mountain-wall into a valley. Its most beautiful angle is taken from above on a helicopter flight, when you can see the lake behind the waterfall framed with snow-capped mountains in the cold seasons."

Hike the length of New Zealand
“
Nearly 40 years in the making, the idea for a New Zealand-long scenic trail was first dreamed up in the mid 70s by the NZ Walkways Commission and now that dream is about to come true. By the end of 2011, it will be possible to walk the entire length of New Zealand; from Cape Reinga in the North to Bluff in the South."

Hike the length of New Zealand through the Te Araroa
Source: thingstodo.viator.com