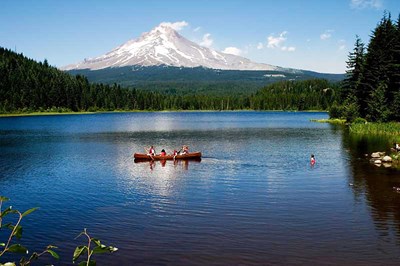 ABOUT OREGON
Oregon is a state in the Pacific Northwest region of the United States. It is located on the Pacific coast, with Washington to the north, California to the south, Nevada on the southeast and Idaho to the east. The Columbia and Snake rivers delineate much of Oregon's northern and eastern boundaries, respectively.
Popular Goals

Multnomah Falls is a waterfall on the Oregon side of the Columbia River Gorge, located east of Troutdale, between Corbett and Dodson, along the Historic Columbia River Highway. The falls drops in two major steps, split into an upper falls of 542 feet (165 m) and a lower falls of 69 feet (21 m), with a gradual 9 foot (3 m) drop in elevation between the two, so the total height of the waterfall is conventionally given as 620 feet (189 m).

Crater Lake is a caldera lake located in the south-central region of the U.S. state of Oregon. It is the main feature of Crater Lake National Park and famous for its deep blue color and water clarity. The lake partly fills a nearly 2,148-foot (655 m) deep caldera that was formed around 7,700 (± 150) years ago by the collapse of the volcano Mount Mazama.

Visit Oregon Zoo
The Oregon Zoo, formerly the Washington Park Zoo, is a zoo in Portland, the largest city in the U.S. state of Oregon. Located 2 miles (3.2 km) southwest of Downtown Portland, the zoo is inside Portland's Washington Park, and includes a narrow-gauge railway that connects to the International Rose Test Garden inside the park. Opened in 1887 after a private animal collector donated his animals to the City of Portland, the 64 acres (260,000 m) zoo is now owned by the regional Metro government.

Spend the day in Seaside
Seaside is a city in Clatsop County, Oregon, United States. The name Seaside is derived from Seaside House, a historic summer resort built in the 1870s by railroad magnate Ben Holladay. The city's population was 5,900 at the 2000 census.

Visit Oregon Coast Aquarium
The Oregon Coast Aquarium is an aquarium in Newport in the U.S. state of Oregon. Opened in 1992, the facility sits on 23 acres (9.3 ha) along Yaquina Bay near the Pacific Ocean. It is perhaps best known for having housed Keiko, the orca from the movie Free Willy, from January 1996 until September 9, 1998, when he was shipped to Vestmannaeyjar, Iceland.

Visit Mount Hood
Mount Hood, called Wy'east by the Multnomah tribe, is a stratovolcano in the Cascade Volcanic Arc of northern Oregon. It was formed by a subduction zone and rests in the Pacific Northwest region of the United States. It is located about 50 miles (80 km) east-southeast of Portland, on the border between Clackamas and Hood River counties. The exact height assigned to Mount Hood's snow-covered peak has varied over its history.

Peruse the shelves at Powell's in Portland
Festivals and Events

Peruse the shelves at Powell's in Portland

Hang out on Cannon Beach

Get something from VooDoo Doughnut in Portland

Soak in the natural hot springs at Bagby Hot Springs

Ski or Snowboard on Mt. Hood

Have a doughnut at Voodoo Doughnut in Portland

Go to the Portland Art Museum

Hike to the top of Multnomah Falls

Ride the Riverfront Carosel in Salem

Visit Out ‘n’ About Treehouses

See the Multnomah Falls in Winter

Go to a Portland Timbers game

Enjoy a relaxing day at the Schreiner's Iris Gardens

Find a glass float on the Oregon Coast

Go to the Ripley's Believe It or Not! Odditorium in Newport

Ride a Jetboat on the Rogue River

Visit the Goonies house in Astoria

Sea Lion Caves
Sea Lion Caves are a connected system of sea caves and caverns open to the Pacific Ocean in the U.S. state of Oregon. They are located 11 miles (18 km) north of Florence on U.S. Highway 101, about midpoint on the 400 miles (640 km) Oregon coast. In this area Highway 101 follows a steep and undeveloped seascape 300 feet (91 m) above sea level. Human access to the caves are through a gift shop building. 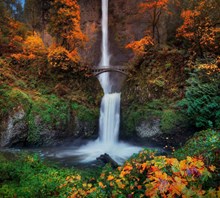 Multnomah Falls
Multnomah Falls is a waterfall on the Oregon side of the Columbia River Gorge, located east of Troutdale, between Corbett and Dodson, along the Historic Columbia River Highway. The falls drops in two major steps, split into an upper falls of 542 feet (165 m) and a lower falls of 69 feet (21 m), with a gradual 9 foot (3 m) drop in elevation between the two, so the total height of the waterfall is conventionally given as 620 feet (189 m).

Hike to the top of Multnomah Falls

Fort Rock
Fort Rock is a volcanic landmark called a tuff ring, located on an ice age lake bed in north Lake County, Oregon, United States. The ring is about 4,460 feet (1,360 m) in diameter and stands about 200 feet (60 m) high above the surrounding plain. Its name is derived from the tall, straight sides that resemble the palisades of a fort. The region of Fort Rock Basin contains about 40 such tuff rings and maars and is located in the Brothers Fault Zone of central Oregon's Great Basin. 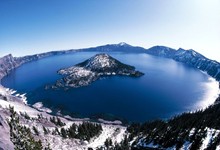 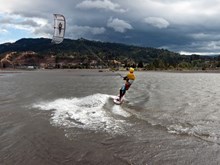 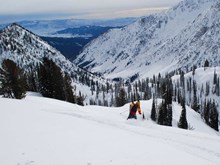 Ski the Wallowas
“
Mention skiing the Wallowas and the response might be hushed silences from die-hard skiers or, more likely … crickets. But therein lies the appeal of this remote, off-the-radar mountain range rising from the no-man’s-land of eastern Oregon. The Wallowas are somewhat of an anomaly: Though they’re geographically closer to the Cascades, they more closely resemble the Rockies with their dry, superlight snowpack and steep, jagged peaks." 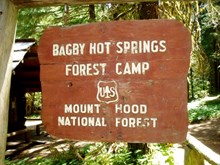 Bagby Hot Springs
The Bagby Hot Springs are natural hot springs located in the Mount Hood National Forest about 67 miles (108 km) southeast of Portland, Oregon, United States and about 41 miles (66 km) east of Salem, Oregon. The springs are within the Cascade Mountains in a heavily forested area at elevation 2280 ft (695 m). The springs are just outside the boundary of Bull of the Woods Wilderness area. 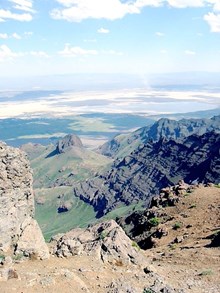 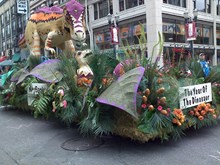