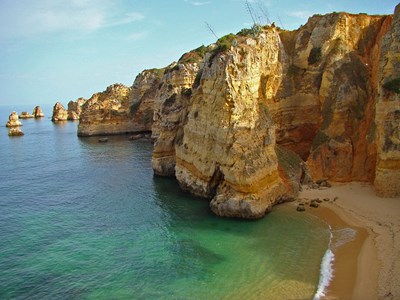 ABOUT PORTUGAL
Portugal /'p??t??g?l/, officially the Portuguese Republic, is a country located in southwestern Europe on the Iberian Peninsula. Portugal is the westernmost country of Europe and is bordered by the Atlantic Ocean to the west and south and by Spain to the north and east. The Atlantic archipelagos of the Azores and Madeira are also part of Portugal. The land within the borders of today's Portuguese Republic has been continuously settled since prehistoric times. In 29 B.C.
Source: Wikipedia
Popular Goals

Lisbon (Portuguese: ''Lisboa'') has experienced a renaissance in recent years, with a contemporary culture that is alive and thriving and making its mark in today's Europe. Perched on the edge of the Atlantic Ocean, Lisbon is one of the rare Western European cities that face the ocean and uses water as an element that defines the city. Lisbon enchants travelers with its white bleached limestone buildings, intimate alleyways, and an easy going charm that makes it a popular year round destination.

Porto, also known as Oporto, is the second largest city in Portugal. Its administrative limits (an area of 41.66 km²/16 sq. mi) includes a population of 220,000 inhabitants distributed within 15 civil parishes. The urbanized area of Porto, which extends beyond the administrative limits of the city, has a population of 1.1 million in an area of 389 km (150 sq mi), making it the second-largest urban area in Portugal.

Visit the Jerónimos Monastery in Belém

Visit Madeira
Madeira is a Portuguese archipelago that lies just under 400 km north of Tenerife, Canary Islands, in the north Atlantic Ocean and an outermost region of the European Union.

Discover the nightlife of Bairro Alto

Visit the Oceanario de Lisboa
The Oceanarium is an oceanarium in Lisbon, Portugal. It is located in the Parque das Nações, which was the exhibition grounds for the Expo '98.
Festivals and Events

Attend the Festas dos Santos Populares (Festivals of the Saints)

Participate in the Festival of the Sea

Celebrate the Holy Week in Braga

Participate in the Madeira Carnival

Attend the Grande Prémio do Porto (Vintage Formula One Race)

Watch the Lisbon Leg of the Tall Ships Races
Other Goals

Discover the nightlife of Bairro Alto

Visit the historic centre of Evora

Listen to the melancholic Fado music at a local bar

Stroll through the walled towns of Obidos

Explore the medieval capital of Guimarães

Have a plate of Bacalhau á bras at a local restaurant

Go on a river cruise at Douro Valley (UNESCO)

Ride an old tram around the maze-like district of Alfama

Walk along the island beach at Tavira

Tour Portugal in a GoCar

Visit the ruins of the Roman town of Conímbriga

Spend the day at the lagoons of Azores

See the “Mouth of Hell”, Boca do Inferno

Run in the Lisboa Marathon

Stroll through the alleyways of Coimbra, the university town

See the baroque churches, cathedral and Roman ruins of Braga

Drive to Cape St. Vincent to catch a sunset

Stroll through the Mosteiro de Santa Maria (Monastery of Batalha)

Soak up the sun at Ria Formosa

Do the Pilgrimage to the Shrine of Our Lady of Fatima

Go on a wine tour in the Douro Valley

Have a go at any water sport along the coast

Visit the Monastery of Alcobaça

Hit the beach with a Lusitano thoroughbred

Walk around the Monserrate gardens in Sintra

See River Gilhão from Tavira, one of Algrave’s oldest towns

Watch a race at the Circuito Estoril

Take a dressage lesson in Estremadura

Spot the former palace of the Dukes of Braganca

Enjoy the vineyards and the picturesque river of Douro Valley (UNESCO)

Stand on the end of the continent of Europe in Sagres

Take in the dramatic mountain scenery at Peneda-Gerês National Park

Visit the Seven Wonders of Portugal

Visit the Chapel of Bones in Portugal

Understand Portuguese university culture at the University of Coimbra

Visit the Historic Centre of Évora

Go on the aerial tramway in Vila Nova de Gaia

See the Convent of the Oder of Christ in Tomar

Visit the University of Coimbra – Alta and Sofia

Stroll through Évora, a virtual museum of a town

Visit the Convent of Christ in Tomar

Look down in Lisbon

Visit the Cultural Landscape of Sintra

Visit the Chapel of Bones

Cheer your favourite player at the Estoril Tennis Open

Visit the Historic Centre of Guimarães

Play a round of golf at the Quinta da Lago

Visit the Historic Centre of Oporto

Visit the Monastery of Batalha

Visit the Historic Center of Guimarães

Visit the Garrison Border Town of Elvas and its Fortifications

Visit the Landscape of the Pico Island Vineyard Culture 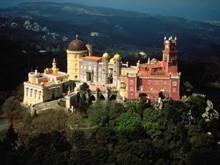