Nobody has currently been here. 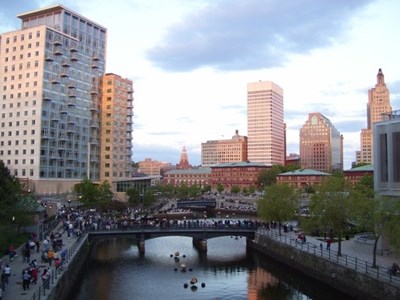 See WaterFire in Providence
WaterFire is the award winning sculpture by Barnaby Evans presented on the rivers of downtown Providence, RI. First created by Evans in 1994 to celebrate the tenth anniversary of First Night Providence, WaterFire has grown to become an annual public art phenomenon. WaterFire is simultaneously a free public art installation, a performance work, an urban festival, a civic ritual and a spiritual communal ceremony.

Visit Block Island
Block Island is part of the U.S. state of Rhode Island and is located in the Atlantic Ocean approximately 13 miles (21 km) south of the coast of Rhode Island, 14 miles (23 km) east of Montauk Point on Long Island, and is separated from the Rhode Island mainland by Block Island Sound. The United States Census Bureau defines Block Island as Census Tract 415 of Washington County, Rhode Island. As of the 2000 census the population of 1,010 lived on a land area of 9.734 square miles (25.211 km).

Visit the Roger Williams Park Zoo
The Roger Williams Park Zoo of Providence, Rhode Island, USA houses over 1000 animals of more than 130 species in naturalistic settings. The park and zoo are named after the founder of Providence, Roger Williams, the 17th-century proponent of religious tolerance. The zoo was founded in 1872, and is considered to be the third-oldest zoo in the nation. The zoo was closed from 1978 to 1980 for renovations. It is now recognized as one of the finest zoos in the United States of America.

Providence is the capital and most populous city of the state of Rhode Island and was one of the first cities established in the United States. Located in Providence County, it is the third largest city in the New England region. The city proper population of 178,042 anchors the 37th largest metropolitan population in the country, with an estimated MSA population of 1,600,856, exceeding that of Rhode Island by about 60% due to its reaching into southern Massachusetts.

Visit The Breakers
The Breakers is a Vanderbilt mansion located on Ochre Point Avenue, Newport, Rhode Island, United States on the Atlantic Ocean. It is a National Historic Landmark, a contributing property to the Bellevue Avenue Historic District, and is owned and operated by the Preservation Society of Newport County.

The Newport Folk Festival is an American annual folk-oriented music festival in Newport, Rhode Island, which began in 1959 as a counterpart to the previously established Newport Jazz Festival. The festival features performances by folk, blues, country, bluegrass and folk rock musicians, and since 1990s has featured performers from related contemporary genres, such as alternative country, indie folk and folk punk.

Walk the Cliffwalk in Newport
Festivals and Events

Attend the Newport Oktoberfest
Other Goals

Walk the Cliffwalk in Newport

Stroll the Cliff Walk in Newport

Visit Providence in the Fall

See a show at the Providence Performing Arts Center

Visit the Rhode Island School of Design Museum of Art

Picnic a polo match at the Newport Polo Club in Portsmouth

Visit the Museum of Newport History

Newport Folk festival
The Newport Folk Festival is an American annual folk-oriented music festival in Newport, Rhode Island, which began in 1959 as a counterpart to the previously established Newport Jazz Festival. The festival features performances by folk, blues, country, bluegrass and folk rock musicians, and since 1990s has featured performers from related contemporary genres, such as alternative country, indie folk and folk punk. 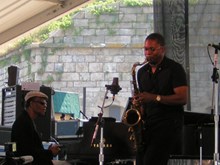 Newport Jazz Festival
The Newport Jazz Festival is a music festival held every summer in Newport, Rhode Island, USA. It was established in 1954 by socialite Elaine Lorillard, who, together with husband Louis Lorillard, financed the festival for many years. The couple hired jazz impresario George Wein to organize the event to help them bring jazz to the resort town. Most of the early festivals were broadcast on Voice Of America radio and many performances were recorded and have been issued by various record labels.