55 people have been here. 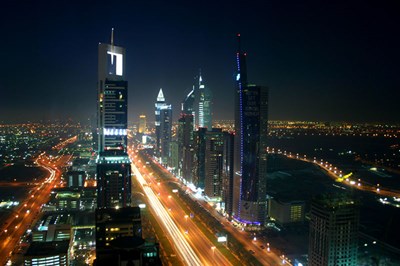 ABOUT UNITED ARAB EMIRATES
The United Arab Emirates (UAE) is a federation situated in the southeast of the Arabian Peninsula in Southwest Asia on the Persian Gulf, bordering Oman and Saudi Arabia and sharing sea borders with Iraq, Kuwait, Bahrain, Qatar and Iran. The UAE consists of seven states, termed emirates, (because they are ruled by Emirs) which are Abu Dhabi, Dubai, Sharjah, Ajman, Umm al-Quwain, Ras al-Khaimah and Fujairah. The capital and second largest city of the United Arab Emirates is Abu Dhabi.
Popular Goals

Dubai is an emirate within the United Arab Emirates (UAE). A city within the emirate is also named Dubai. The emirate is located south east of the Persian Gulf on the Arabian Peninsula and has the largest population with the second-largest land territory by area of all the emirates, after Abu Dhabi. Dubai and Abu Dhabi are the only two emirates to have veto power over critical matters of national importance in the country's legislature. Dubai City is located on the emirate's northern coastline.

Abu Dhabi is the capital and the second largest city in the United Arab Emirates. Abu Dhabi lies on a T-shaped island jutting into the Persian Gulf from the central western coast. The city proper, making up an area of 67,340 km, had an estimated population of 860,000 in 2008. Abu Dhabi houses important offices of the federal government, and is the seat for the United Arab Emirates Government and the home for the Emirati Royal Family. Abu Dhabi has grown to be a cosmopolitan metropolis.

Bu Tinah is a tiny archipelago amid extensive coral formations and seagrass beds some 25 km south of Zirku and 35 north of Marawah in the United Arab Emirates. Found in the waters of Abu Dhabi, it is protected as a private nature reserve. Bu Tinah Island, rich in biodiversity, lies within the Marawah Marine Biosphere Reserve with a territory of more than 4,000 sq km. The Biosphere reserve is the region's first and largest UNESCO-designated marine biosphere reserve.

Visit the top of the Burj Khalifa tower in Dubai
Burj Khalifa, known as Burj Dubai prior to its inauguration, is a skyscraper in Dubai, United Arab Emirates, and the tallest man-made structure ever built, at 828 m (2,717 ft). Construction began on 21 September 2004, with the exterior of the structure completed on 1 October 2009.

Shop at the Gold Souk in Dubai
Dubai Gold Souk or Gold Souk, is a traditional market in Dubai, United Arab Emirates. The souk is located in the heart of Dubai's commercial business district in Deira, in the locality of Al Dhagaya. The souk consists of over 300 retailers that trade almost exclusively in jewellery. Retailers in the souk include both well established stores like Damas, ARY Jewellery, Prima Gold and Joy Allukas Jewellery as well as smaller stores that operate mainly in the gold souk.

Go Indoor Skiing at the Mall of the Emirates

Visit Sharjah, the “Cultural Capital of the Arab World”

Visit the mountains and the Gulf of Oman in Fujairah

Ride The Formula Rossa at Ferrari World in Abu Dhabi

Spend a night in the Burj Al Arab
Cities 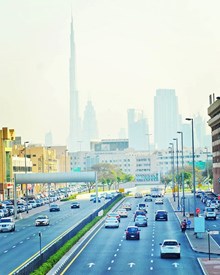 Dubai
Dubai is a city and emirate in the United Arab Emirates known for luxury shopping, ultramodern architecture and a lively nightlife scene. Burj Khalifa, an 830m-tall tower, dominates the skyscraper-filled skyline. 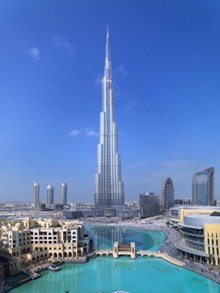 The Burj Khalifa in U.A.E.
“
The Burj Khalifa in U.A.E. was formally known as the Burj Dubai up until its grand opening on the 4th January 2010 with a fantastic ceremony by the ruler of Dubai Sheikh Mohammed bin Rashid Al Maktoum with fireworks and light shows which was seen all over the World and made headlines on every major news channel. The tower was renamed Burj Khalifa in honor of the President of U.A.E. Sheikh Khalifa bin Zayed Al Nahyan."

Visit the top of the Burj Khalifa tower in Dubai
Source: buyselldubaiproperty 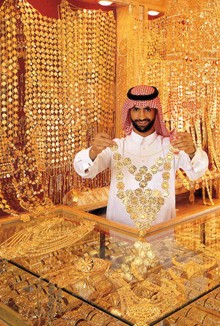 Dubai Gold Souk
“
Gold Souk trading has been around since the 1940s because of a policy of free trade in Dubai that encourage entrepreneurs from India and Iran may set up shop in the Souk."

Shop at the Gold Souk in Dubai
Source: travelingguideinfo.com