6 people have been here. 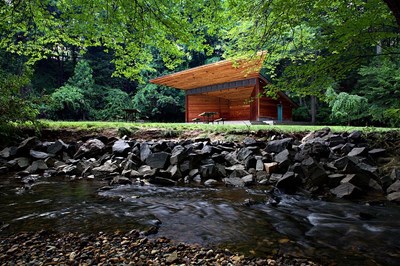 ABOUT VIRGINIA
Virginia is a state in the South of the United States of America. The state was one of the original thirteen British colonies and is the twelfth most populated state in the USA. Bordered on the east by the Atlantic Ocean, and the west by the Appalachian mountains, with expanses of farmland in between, Virginia has much to offer history buffs and lovers of scenic landscapes. Virginia's three largest cities are Virginia Beach, Norfolk, and Chesapeake. Virginia is bordered by the states of Maryland, West Virginia, Kentucky, North Carolina, Tennessee, and the District of Colombia.
Popular Goals

Visit Colonial Williamsburg
Colonial Williamsburg is the private foundation representing the historic district of the city of Williamsburg, Virginia, USA. It includes buildings dating from 1699 to 1780 which made colonial Virginia's capital. The capital straddled the boundary of the original shires of Virginia — James City Shire, and Charles River Shire. For most of the 18th century, Williamsburg was the center of government, education and culture in the Colony of Virginia.

Arlington National Cemetery in Arlington County, Virginia, is a military cemetery in the United States of America, established during the American Civil War on the grounds of Arlington House, formerly the estate of the family of Confederate general Robert E. Lee's wife Mary Anna (Custis) Lee, a great grand-daughter of Martha Washington. The cemetery is situated directly across the Potomac River from the Lincoln Memorial in Washington, D.C. , and near The Pentagon.

Shenandoah National Park encompasses part of the Blue Ridge Mountains in the U.S. state of Virginia. This national park is long and narrow, with the broad Shenandoah River and valley on the west side, and the rolling hills of the Virginia Piedmont on the east.

Visit Luray Caverns
Luray Caverns, originally called Luray Cave, is a large, celebrated commercial cave just west of Luray, Virginia, USA, which has drawn many visitors since its discovery in 1878. The underground cavern system is generously adorned with speleothems. The caverns are perhaps best known for the Great Stalacpipe Organ, a lithophone made from solenoid fired strikers that tap stalactites of various sizes to produce tones similar to those of xylophones, tuning forks, or bells.

Visit Monticello and the University of Virginia in Charlottesville
Monticello is a historical site just outside Charlottesville, Virginia, United States. It was the estate of Thomas Jefferson, the principal author of the United States Declaration of Independence, third President of the United States, and founder of the University of Virginia. The house, which Jefferson himself designed, was based on the neoclassical principles described in the books of the Italian Renaissance architect Andrea Palladio.

Visit Busch Gardens Williamsburg
Busch Gardens in Williamsburg, VA is a theme park located in James City County, Virginia about 3 miles (5 km) southeast of Williamsburg. It opened on May 16, 1975, adjacent to the local Anheuser-Busch brewery and other-related AB developments including the Kingsmill Resort complex. The park is themed around the history and culture of old-world Europe. It is owned by SeaWorld Parks & Entertainment, a division of The Blackstone Group.

Drive Skyline Drive
Skyline Drive is a 105-mile (169-km) road that runs the entire length of the National Park Service's Shenandoah National Park in the Blue Ridge Mountains of Virginia, generally along the ridge of the mountains. The scenic drive is particularly popular in the fall when the leaves are changing colors. Annually, over two million people visit the Skyline Drive, which has been designated a National Scenic Byway.

Go hiking in the Blue Ridge Mountains
The Blue Ridge Mountains are a physiographic province of the larger Appalachian Mountains range. This province consists of northern and southern physiographic regions, which divide near the Roanoke River gap. The mountain range is located in the eastern United States, starting at its southern-most portion in Georgia, then ending northward in Pennsylvania.
Festivals and Events

Visit the Holocaust museum in Richmond

Visit the National Museum of the Marine Corps

Visit the battlefield of the Battle of Fredericksburg

Go to the Mill Mountain Zoo in Roanoke

Take the Canal Walk in Richmond

See the bears at Maymont Park

Visit the Women in Military Service for America Memorial

Attend a tobacco auction in Danville 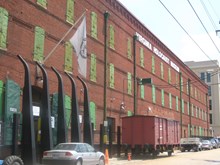 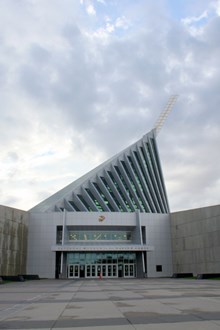 The National Museum of the Marine Corps
The National Museum of the Marine Corps is the new historical museum of the United States Marine Corps. It is located in Quantico, Virginia and is free to the public. The museum had its grand opening on November 10, 2006 and is now the number one tourist attraction in Virginia, drawing over 500,000 people annually. On the day it was opened, President George W. Bush came to give a dedication and to also present the family of fallen Marine Jason Dunham the Medal of Honor.

Visit the National Museum of the Marine Corps
Source: wikipedia.org