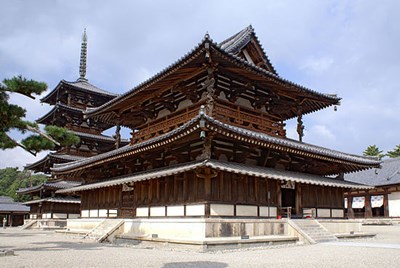 ABOUT JAPAN
Japan is a study in contrasts and contradictions. Many Japanese corporations dominate their industries, yet if you read the financial news it seems like Japan is practically bankrupt. Cities are as modern and high tech as anywhere else, but tumbledown wooden shacks can still be spotted next to glass fronted designer condominiums.
Source: Wikitravel
Popular Goals

Ryōan-ji is a Zen temple located in northwest Kyoto, Japan. Belonging to the Myoshin-ji school of the Rinzai branch of Zen Buddhism, the temple and karesansui garden is one of the Historic Monuments of Ancient Kyoto, a UNESCO World Heritage Site. The site of the temple was originally a Fujiwara family estate. It eventually came into the hands of the Hosokawa clan branch of the Fujiwaras. Hosokawa Katsumoto inherited the residence, and lived here before the Ōnin War.

Tōkyō (東京) is the capital of Japan. At over 12 million people in the official metropolitan area alone, Tokyo is the core of the most populated urban area in the world, Greater Tokyo (which has a population of 35 million people). This huge, wealthy and fascinating metropolis brings high-tech visions of the future side by side with glimpses of old Japan, and has something for everyone.

Ghibli Museum is a museum featuring the Japanese anime work of Studio Ghibli, and is located in Inokashira Park in Mitaka, a western suburb of Tokyo, Japan. The museum is a fine arts museum, but does not take the concept of a usual fine arts museum. With many features that are child-oriented and a sprawling and occasionally mazelike interior, the museum is a playfully created place.

Tokyo Disneyland is a 115 acre (465,000 m²) theme park at the Tokyo Disney Resort located in Urayasu, Chiba, Japan, near Tokyo. Its main gate is directly adjacent to both Maihama Station and Tokyo Disneyland Station. It was the first Disney park to be built outside of the United States and opened April 15, 1983. The park was constructed by Walt Disney Imagineering in the same style as Disneyland in California and Magic Kingdom in Florida.

Take a trip on the Shinkansen (Bullet train)

The Shinkansen, also known as the bullet train, is a network of high-speed railway lines in Japan operated by four Japan Railways Group companies. Starting with the 210 km/h (130 mph) Tōkaidō Shinkansen in 1964, the now 2,459 km (1,528 mi) long network has expanded to link most major cities on the islands of Honshū and Kyūshū at speeds up to 300 km/h (186 mph).

Mount Fuji, located on Honshu Island, is the highest mountain in Japan at 3,776.24 m (12,389 ft). An active stratovolcano that last erupted in 1707–08, Mount Fuji lies about 100 kilometres (60 mi) south-west of Tokyo, and can be seen from there on a clear day. Mount Fuji's exceptionally symmetrical cone, which is snow-capped several months a year, is a well-known symbol of Japan and it is frequently depicted in art and photographs, as well as visited by sightseers and climbers.

Himeji Castle is a hilltop Japanese castle complex located in Himeji in Hyōgo Prefecture. The castle is regarded as the finest surviving example of prototypical Japanese castle architecture, comprising a network of 83 buildings with advanced defensive systems from the feudal period. The castle is frequently known as Hakurojō ("White Egret Castle") or Shirasagijō ("White Heron Castle") because of its brilliant white exterior and supposed resemblance to a bird taking flight.

Hiroshima Peace Memorial Park is a memorial park in the center of Hiroshima, Japan. It is dedicated to the legacy of Hiroshima as the first city in the world to suffer a nuclear attack, and to the memories of the bomb's direct and indirect victims (of whom there may have been as many as 140,000). The location of Hiroshima Peace Memorial Park was once the city’s busiest downtown commercial and residential district. The park was built on open field that was created by the explosion.
Festivals and Events

Visit the Shrines and Temples of Nikko

Visit the Buddhist Monuments in the Horyu-ji Area

Take a bath in an Onsen

Visit the Historic Villages of Shirakawa-go and Gokayama

Visit the Great Buddha of Kamakura

Visit Church of the Light

Go to a Sumo Wrestling Tournament

Eat at a Conveyor-Belt Sushi Restaurant

Belt out some Karaoke tunes at a local bar

Dine at the Vampire Cafe in Tokyo

See an event at Tokyo Dome

Spend the day at a beach in Okinawa

Take a walk in the East Garden of the Imperial Palace

Eat at the Robot Restaurant in Tokyo

Buy a Japanese gadget at Akihabara

Look for Manga at the Nakano Broadway

See the cherry blossoms in Japan

Explore the scenic shrines and countryside of the Nikko National Park

Spend a night in a Love Hotel

See the Golden Pavilion of Japan

Look at the Statue of Liberty (replica) in Odaiba

Take a cable car up the central mountain at Miyajima

Spend the night in a ryokan

Take a Japanese Class in Kyoto

Attend a live performance of Kabuki and Bunraku

Spend the day at a Pachinko gaming Parlor

Walk to the top of Tokyo Skytree

Use the toilet at the Sony building

See the Cherry Blossoms in Kyoto

Shop at the Ueno market

Walk across the Shibuya scramble crossing

Visit the Iwami Ginzan Silver Mine

Visit the deer in Nara Park

Visit the Historic Monuments and Sites of Hiraizumi

Visit the Sea of Trees

Visit some of Japan's indigenous Ainu people at Hakkaido

Take the Tokaido Shinkansen from Tokyo to Osaka

Visit the Temple of the Golden Pavilion

Spend the night in an Onsen Town 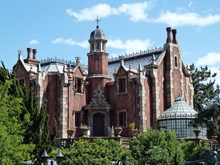 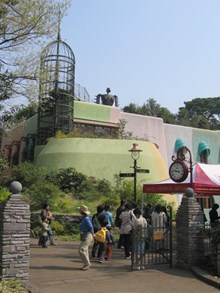 The Ghibli Museum
The Ghibli Museum is a museum showcasing the work of the Japanese animation studio Studio Ghibli. It is located in Inokashira Park in Mitaka, a western city of Tokyo, Japan.

Tokyo
Tokyo, Japan’s busy capital, mixes the ultramodern and the traditional, from neon-lit skyscrapers to historic temples. The opulent Meiji Shinto Shrine is known for its towering gate and surrounding woods. The Imperial Palace sits amid large public gardens. 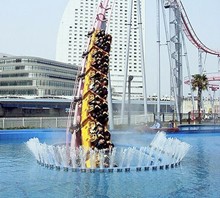 Vanish Roller Coaster in Yokohama
“
First opened to the public in 1999, Vanish -- located in Yokohama, Japan -- isn't your average roller coaster, as it dives into an underwater tunnel at one point during the ride. The track measures 2,440-feet in length and each ride lasts for approximately 1-minute 58-seconds." 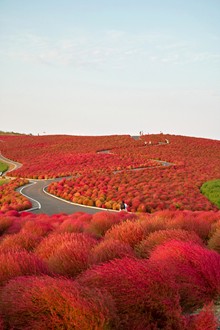 Kochia Hill, Hitachinaka City
“
Among the fields of cosmos, zinnia, spider lilies and pampas grass, the hill filled with kochia – or summer cypress, broom cypress, if not burning bush – is perhaps the most rare and eye-catching to see in Japan. The hill of this fluffy-looking (but actually quite prickly) shrub, more often seen on brooms than on the ground in eastern Asia, creates a peculiar yet attractive view in autumn when the branches and stems turn bright red." 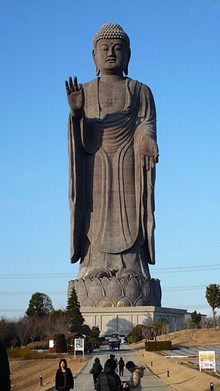 The Ushiku Daibutsu
“
The Ushiku Daibutsu, located in Ushiku, Japan, is one of the world's tallest statues. Completed in 1993, it stands a total of 120 meters (394 feet) tall, including the 10m high base and 10m high lotus platform. An elevator takes visitors up to 85m off the ground, where an observation floor is located. It depicts Amitabha Buddha and is made of bronze. It was built to commemorate the birth of Shinran, founder of the Jodo Shinshu or "True Pure Land School" of Buddhism." 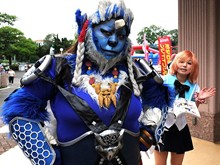 Cosplay Festival
World Cosplay Summit, also known as WCS, is an annual international cosplay event that promotes friendly international exchange through Japanese pop culture. The WCS is organized by the events division of TV Aichi and has the active support of local volunteers, city organizations and businesses. The parade and championship are held in Nagoya, Japan with several related events being held in the Kanto, Kansai and Tokai areas.