65 people have been here. 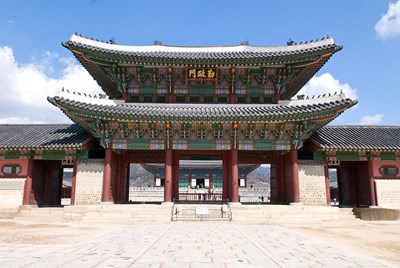 ABOUT SOUTH KOREA
South Korea, officially the Republic of Korea and sometimes referred to simply as Korea, is a state in East Asia, located on the southern portion of the Korean Peninsula. It is neighbored by the People's Republic of China to the west, Japan to the east, and North Korea to the north. Its capital is Seoul. South Korea lies in a temperate climate region with a predominantly mountainous terrain. Its territory covers a total area of 99,392 square kilometers and has a population of 50 million.
Source: Wikipedia
Popular Goals

Jeju-do (transliterated Korean for Jeju Province, short form of Jeju Special Autonomous Province) is the only special autonomous province of South Korea, situated on and coterminous with the country's largest island. Jeju-do lies in the Korea Strait, southwest of Jeollanam-do Province, of which it was a part before it became a separate province in 1946. Its capital is the city of Jeju. The island contains the Natural World Heritage Site Jeju Volcanic Island and Lava Tubes.

Visit Seoul
Seoul, officially the Seoul Special City, is the capital and largest city of South Korea. A megacity with a population of over 12 million, it is one of the largest cities in the world The Seoul National Capital Area, which includes the Incheon metropolis and most of Gyeonggi province, has 24.5 million inhabitants, and is the world's second largest metropolitan area.

A cherry blossom is the flower of any of several trees of genus Prunus, particularly the Japanese Cherry, Prunus serrulata, which is sometimes called sakura after the Japanese. Many of the varieties that have been cultivated for ornamental use do not produce fruit. Edible cherries generally come from cultivars of the related species Prunus avium and Prunus cerasus.

Lotte World is a major recreation complex in Seoul, South Korea. It consists of the world's largest indoor theme park that set a Guinness World Record open all year around, an outdoor amusement park called "Magic Island", an artificial island inside a lake linked by monorail, shopping malls, a luxury hotel, a Korean folk museum, sports facilities, and movie theaters all in one place.

Everland Resort is a theme park in Yongin, a city in Gyeonggi-do province, South Korea. Everland is South Korea's largest theme park. With 8.6 million visitors, Everland ranked tenth in the world for amusement park attendance in 2007. Along with its main attractions, Everland also includes a zoo and a water park known as Caribbean Bay. Everland is operated by Samsung Everland, which is a subsidiary of the Samsung Group. The name of the park is of note, as the name "Everland" is English.

Spend time in the Dongdaemun market

Learn about Korean culture by attending the Hangeul Day festivities

Celebrate Buddha’s birthday with a lantern parade in Seoul

Attend the Kimchi Expo in Seoul

Participate in the Boryeong Mud Festival

Celebrate the Harvest Moon Festival by participating in Chuseok

See mask-dances in the Dano Festival

Explore the Joseon palace at Seoul

Visit the National Museum of Korea

See the lit up N-Seoul Tower at night

Learn to dance the traditional Korean farmer’s dance, the Samullori

Explore the nightlife in Hongik

Get a traditional hair treatment with iris-infused water in Seoul

Hike in the Seoraksan National Park

Gaze at the granite Buddha on the mountains in Seokguram Grotto

Go underground and marvel at the Manjanggul Lava Tubes

Pamper yourself at the Eyerland leisure complex

Ski at the Odaesan National Park

Ski at the Dragon Valley

Listen to traditional Korean narrative songs, pansori, at the National Theatre of Korea 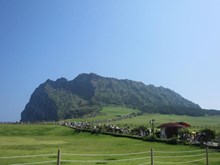 Jeju Island
Jeju-do (transliterated Korean for Jeju Province, short form of Jeju Special Autonomous Province) is the only special autonomous province of South Korea, situated on and coterminous with the country's largest island. Jeju-do lies in the Korea Strait, southwest of Jeollanam-do Province, of which it was a part before it became a separate province in 1946. Its capital is the city of Jeju. The island contains the Natural World Heritage Site Jeju Volcanic Island and Lava Tubes.

Yeouido Cherry Blossom Festival
If you can’t get enough of the fluffy pink flowers, then Yeouido is the place for you. From Friday, April 12 until Thursday, April 18, the 2013 Yeouido Cherry Blossom Festival (also known as the Spring Flower Festival) will be happening on the island in Seoul’s city center. While it may not be the most peaceful place in the city for a stroll under a canopy of cherry blossoms, it’s hard to deny that beauty of the trees flanking the Han River and the National Assembly building.

Jindo Sea Parting Festival
“
This amazing event was unknown to the western world until 1975, when a French ambassador to Korea, Mr. Pierre Randi visited Jindo, witnessed the miracle first-hand and introduce it as "the Korean version of the Moses Miracle" in the French paper. Since then it became growing popularity from all over the world and the locals organized a festival to celebrate the miraculous event in 1978."